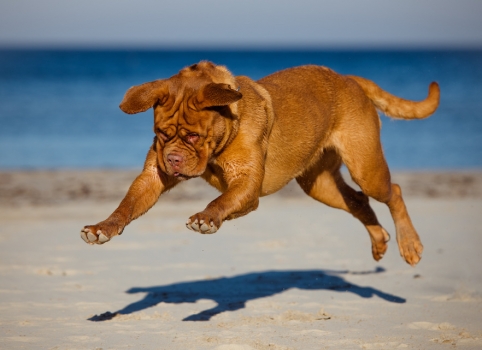 When April Gray of Pleasantview, Colorado, posted videos of one of her hikes with her Dogue de Bordeaux Leia on social media, it didn’t take long for the negative comments and angry-face emojis to start rolling in.

“They aren’t built for extreme exercise,” tsk-tsked one Facebooker.

Encouraging a heavy Molosser breed like a Dogue to trot for an extended period was “excessive for the breed,” and would result in hip dysplasia, someone else complained.

Yet another post offered just this one-word opinion: “Stupid.”

Gray was taken aback by the criticism of the outings, which arguably are vigorous: As Gray pumps alongside her on her bicycle, Leia runs for four miles on an on-again, off-again hike that takes about 45 minutes.

“She runs, she trots, she walks, runs ahead, waits for me to catch up,” says Gray, an exercise instructor and personal trainer who is currently finishing up her master’s degree in exercise science and wellness. She and Leia, who is her first Dogue de Bordeaux, go out every other day. “And if we don’t, she drives me bananas. She’s very high energy.”

Knowing that many owners of large breeds avoid regular exercise until their dogs are between 18 and 24 months old to prevent joint issues, Gray waited until Leia turned two in February before starting a regular exercise regimen. Their first foray was only half a mile, and a distance Gray gradually increased as Leia's stamina improved.

“It was like I was abusing and killing my dog,” says Gray, who has owned Dachshunds in the past, and currently has and breeds French Bulldogs, though they don't run with her.

Part of the outrage may have come from the fact that some people assumed Gray was in her car when filming the videos, not biking alongside Leia. “But even if it was,” she asks, “does it matter?” 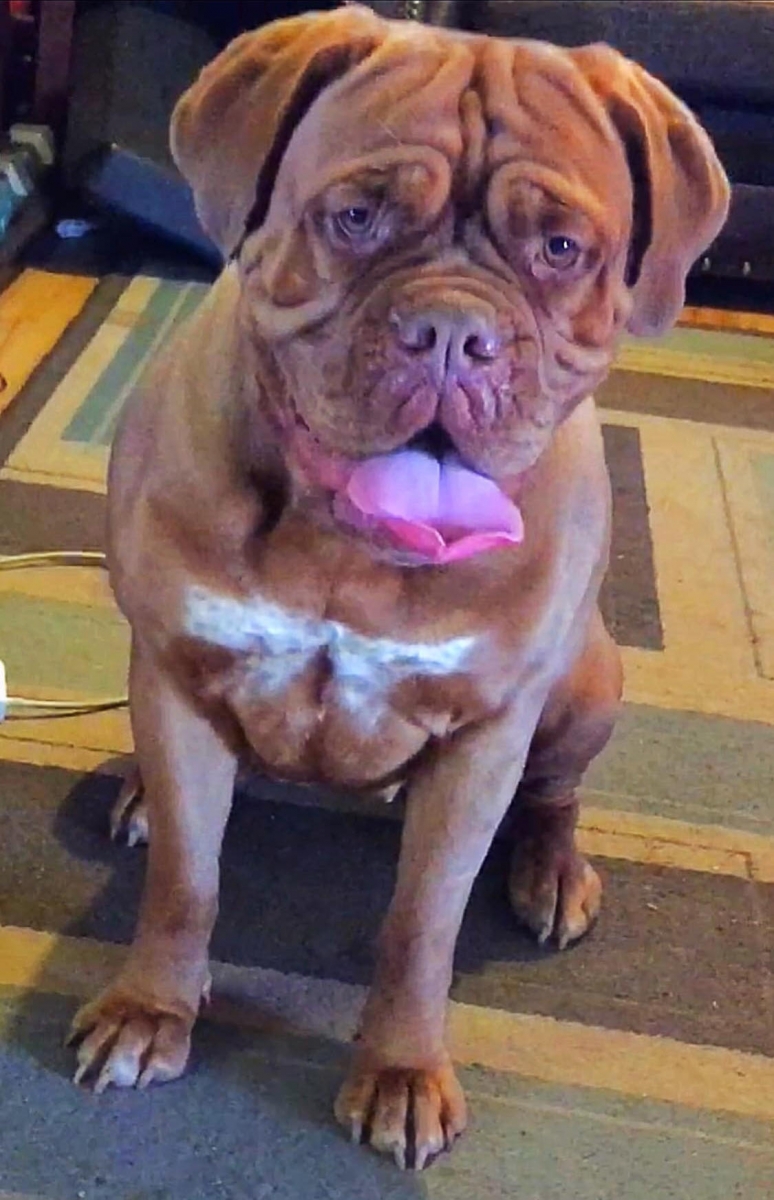 Leia in a quiet moment.

For all the negative comments on Gray’s post, there were also as many more positive ones that rejected the idea that Dogues must be sedentary, bubble-wrapped couch potatoes, and instead applauded her “lean, mean ginger machine.”

“You’re probably doing more harm allowing them to put an excessive amount of weight on and not letting them exercise,” Gray says, noting that Leia also has free reign for a half-mile radius around her home, which sits on 40 acres. “Not that I’m claiming that every Dogue de Bordeaux needs to be running four miles. It should be an individual assessment, just like it is with people.”

Dogue de Bordeaux breeder Jennifer Roberts notes that breed icon Raymond Triquet has been quoted as saying the Dogue is the most athletic of all the Molossers. (Some Boerboel owners, however, would beg to differ.) The breed had history of being bona-fide working dog, impressively nimble for all its size and mass. And while they are undoubtedly the exception, there have been Dogues that have been successful in performance activities such as agility and lure-coursing.

“Athleticism is a very important trait of the breed, but they are not all built for endurance,” she says, giving the example of an Olympic weight lifter who though big and strong is not suited to run a marathon. “One needs to use common sense and good judgment when exercising a Dogue, and keep in mind they are a brachycephalic breed that overheats easily.”

For Gray, the proof is in the pudding – or, more to the point, peddling: Two months after the Facebook fracas, she and Leia are still running strong.

© Modern Molosser Magazine. This article may not be reposted, reprinted, rewritten, excerpted or otherwise duplicated in any medium without the express written permission of the publisher.
Tue, 05/05/2020 - 1:28pm