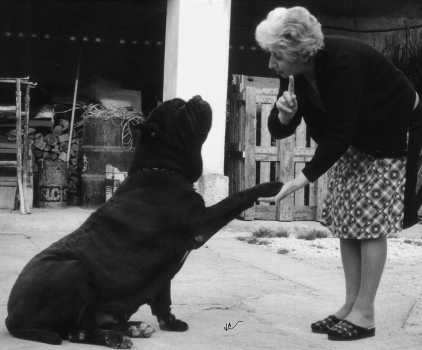 Mastino fancier Lorene Cantarella takes a visual voyage of the breed
Modern Molosser is pleased to present this selection of photographs from Mastini: A Photographic Odyssey. Produced by Lorene Cantarella of Magnufi Mastini in Australia, this 304-page book contains evocative shots taken by Cantarella, as well as historical photos of the Neapolitan Mastiff. No matter their vintage, all capture the unique character and emotionality of the Mastino, in a patchwork of dogs from all over the world. 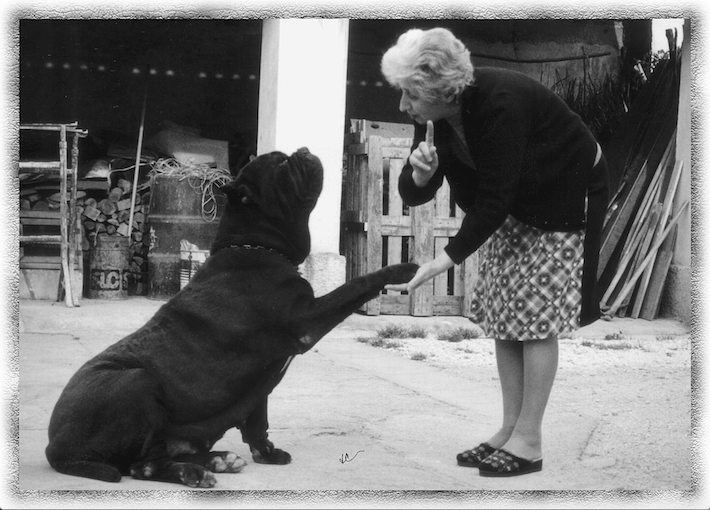 Minerva del Bonrampino. The female was bred and owned by my kind friend Giovanni Maja – at this point she is loose in the courtyard and the neighbor, who is her friend, comes over to say hello. Minerva gives the paw, and the lady tells Minerva that she must behave in the courtyard or return to the kennel – it is precious. 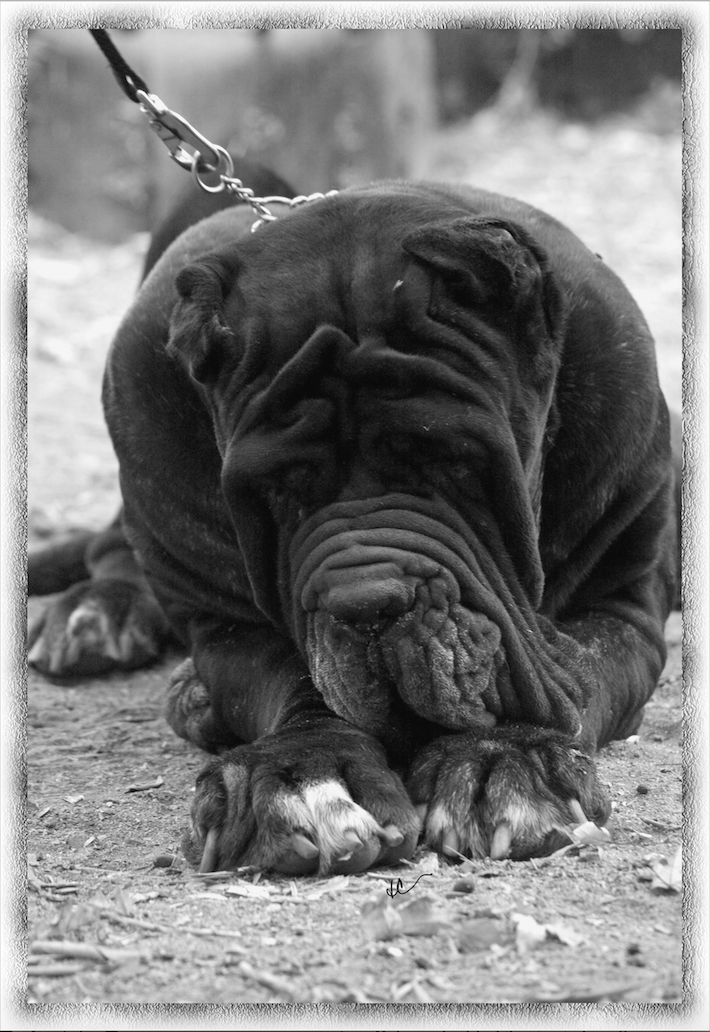 Agemennone di Fondo Anfossi. A thoughtful moment of the Mastino, perhaps contemplating the meaning of life? I love that it clearly shows the planes and width of the skull, without being a "technical" photo. 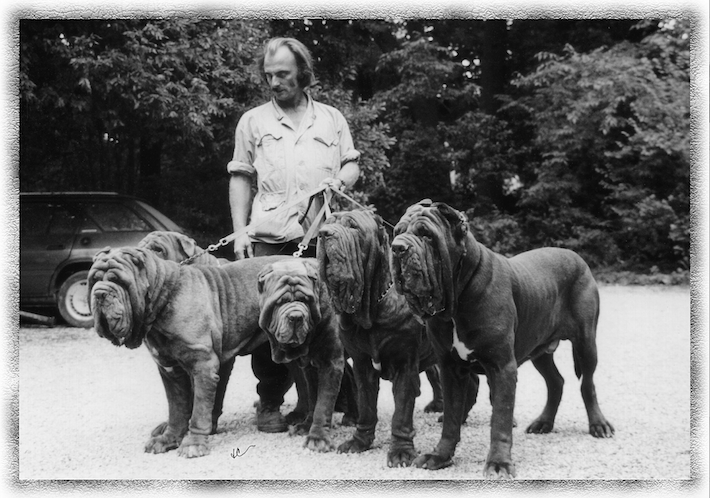 Uberto Gasche. At this point I was still using film, not digital (where you can just keep shooting), so every photo was important. This was just before “the photo” of Uberto and 10 Mastini, and he is relaxed with his five males. Just after this he begins screaming that we must do a big photo, and Annette and the kennel hand were taking dogs to him to hold. Eventually there are 10 when “the photo” is taken! [For Modern Molosser's interview with world-famous Mastino breed Uberto Gasche, just click or tap here.) 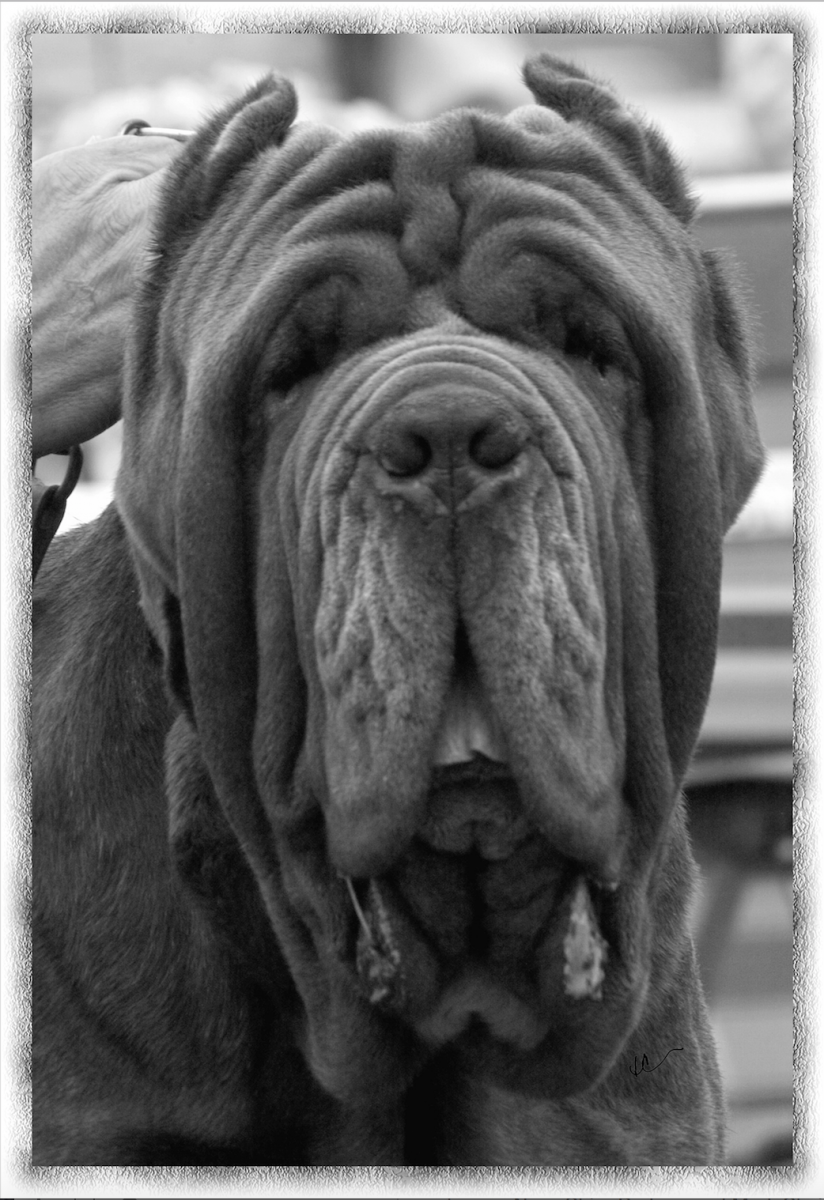 Uncene di Fossombrone. Such beautiful expression! I was excited to "catch" him, since so often you get a photo that doesn't give you the dog. 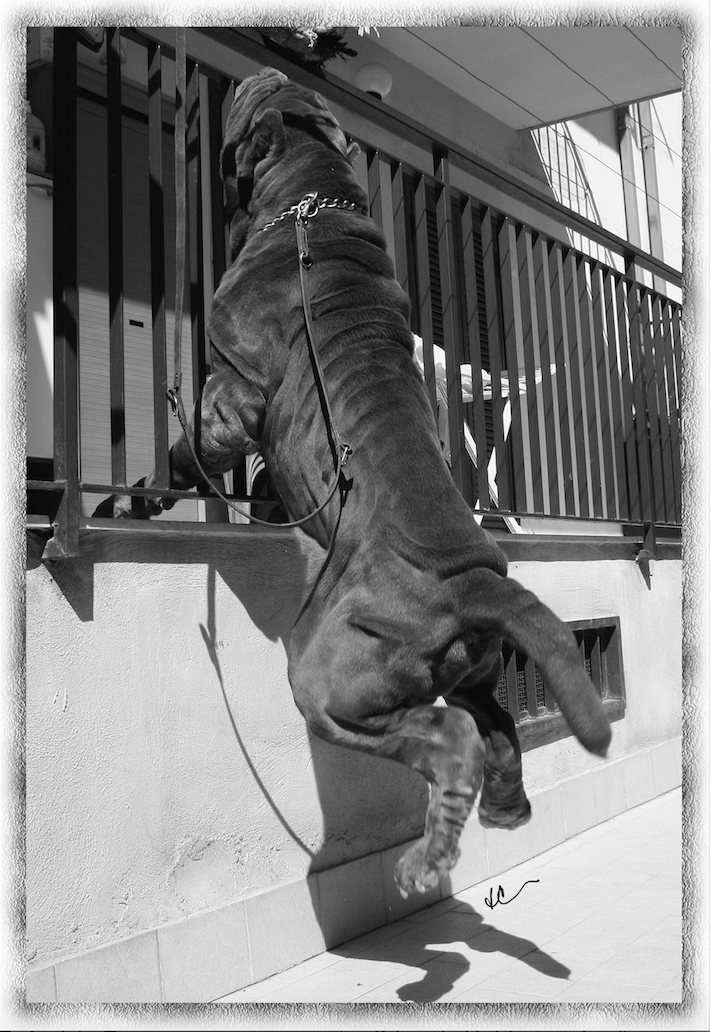 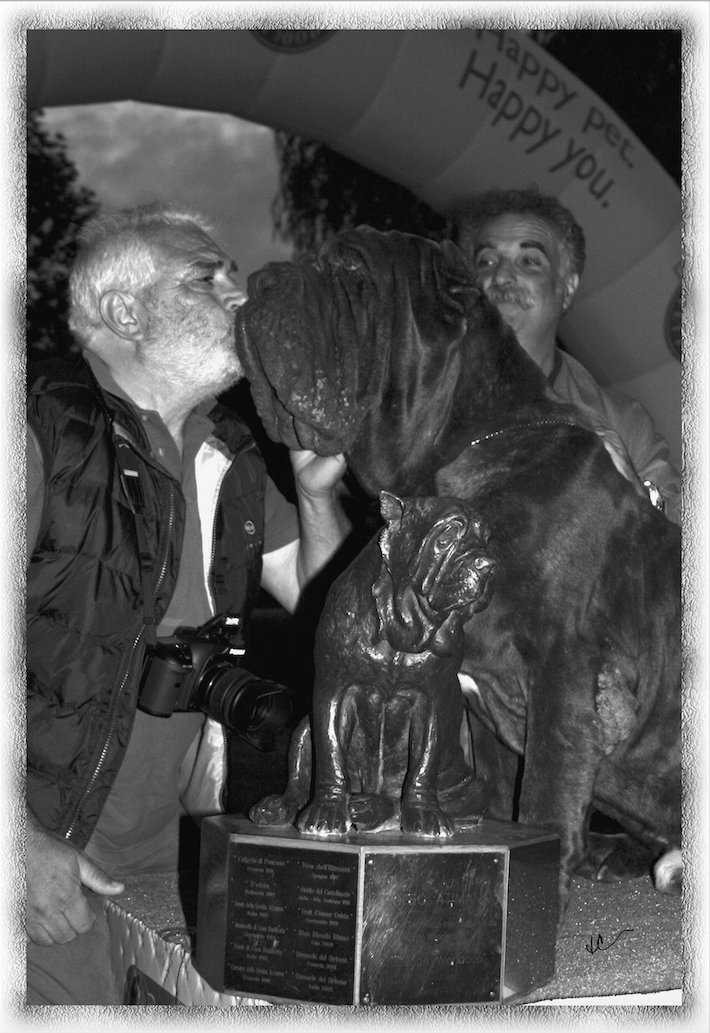 Achille. Giuseppe La Parola leans in for a kiss -- he is not the owner. Notice the owner's face behind Achille and the eye of Achille. This photo is so wonderful because one moment later, Achille lunges and snaps at Giuseppe! The "stranger" was too close. 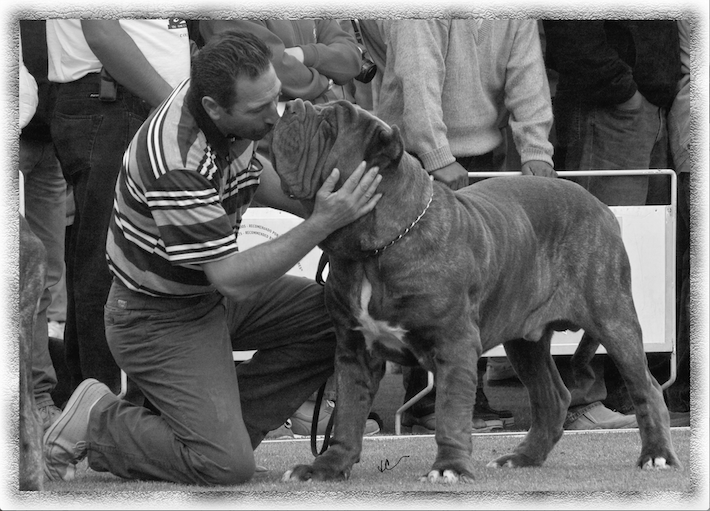 Marco dello Stradone Vesuviano. A super-special moment between Mastino and owner. Vincenzo is relaxing after judging, still in the ring and before the placings were given, and had this touching exchange with Marco. I love it mostly because it is candid. 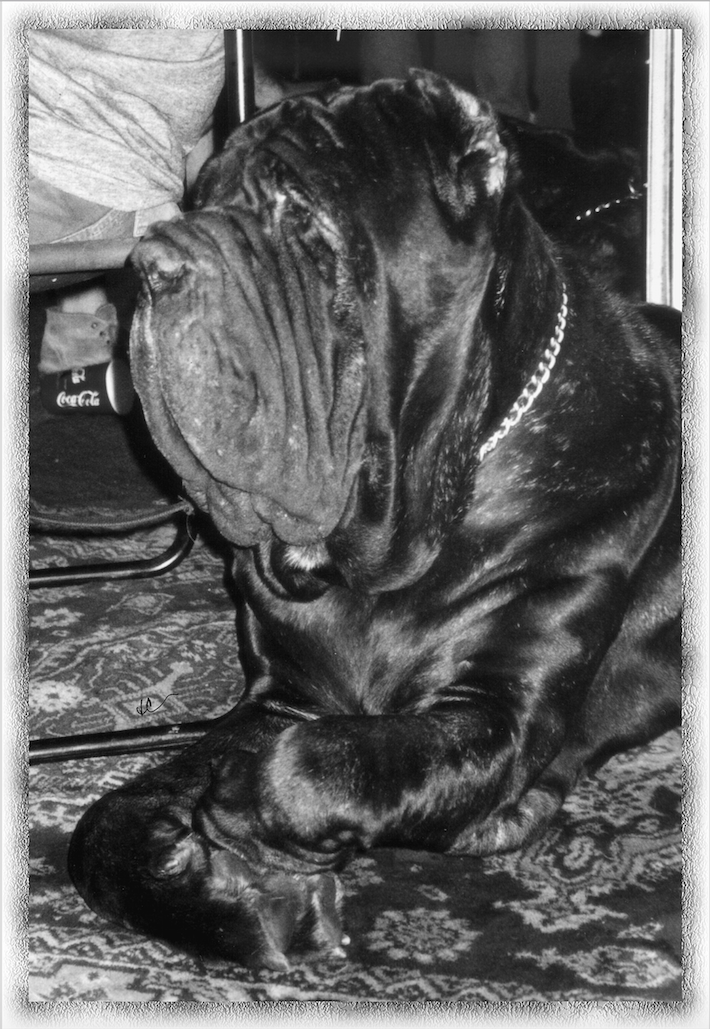 Brigante del Castellaccio. This photo is one of several of my first photos of Brigante. For me it is important, even though the quality is not great. The impact to my soul was deep and heavy upon seeing him. This was Mastino. Notice the paws curled ... I have had many Mastini do this, and it is a charming trait.

© Modern Molosser Magazine. This content may not be reposted, redistributed or otherwise duplicated in any medium without the express written permission of the publisher.
Fri, 10/27/2017 - 7:59pm