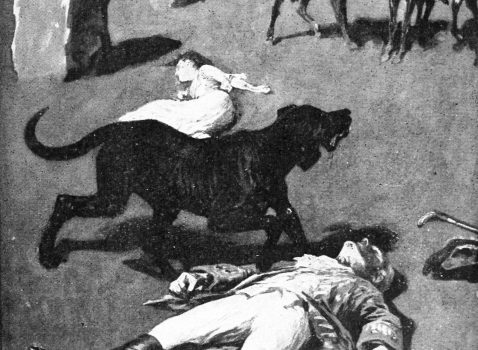 The Mastino of the Baskervilles

Did Sherlock Holmes hunt a Molosser instead of a Hound? Elementary, my dear Watson.
By
Denise Flaim

Sir Arthur Conan Doyle’s classic “The Hound of the Baskervilles” is perhaps his most beloved Sherlock Holmes novel. And while the eponymous dog of its title might well evoke a floppy-eared, porch-snoozing Scenthound, there is a Molosser lurking in the other half of that fictional pedigree.

For proof, consider the title’s Italian translation: Il Mastino dei Baskerville, “mastino” meaning, of course, “mastiff.” Indeed, Conan Doyle’s description of the demonic Baskerville dog as a mastiff/Bloodhound cross evokes a modern Molosser breed whose standard would not be written for 40 years after the “The Hound of the Baskervilles” was penned in 1902, and one that was presumably unknown to the British mystery writer: the Fila Brasileiro. 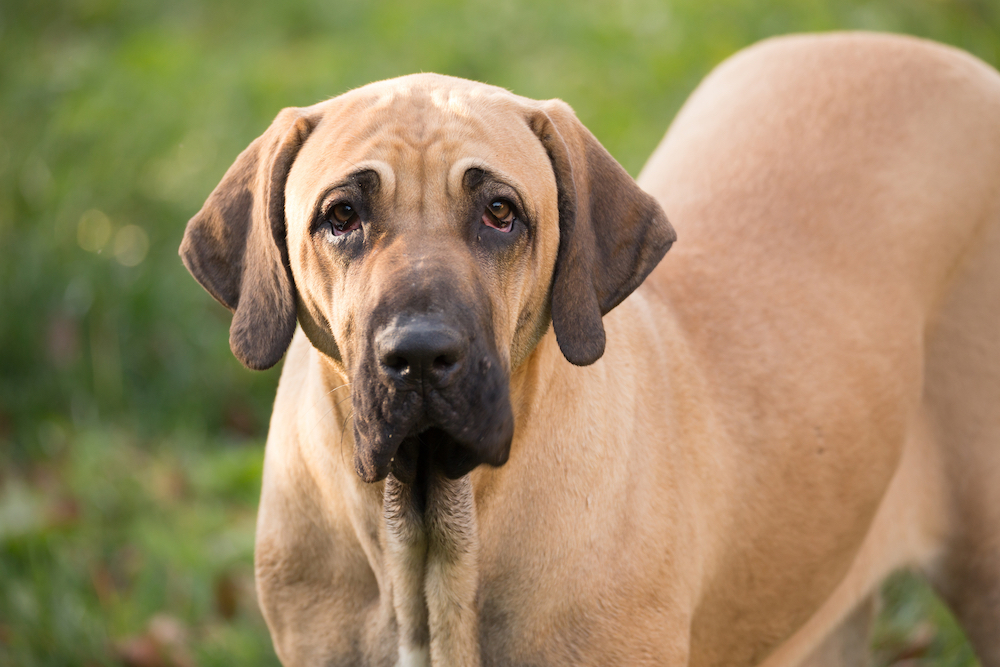 First, the plot: Set on the moors of Devonshire in England’s West Country, Conan Doyle’s novel hinges on a curse that literally and figuratively dogged the Baskerville family for centuries. According to legend, Sir Hugo Baskerville, who kidnapped and killed a young woman, was in turn killed by a huge demonic dog, and his heirs had since been hunted and killed by that spectral canine with glowering red eyes. Holmes is called to investigate when the most recent Baskerville, Sir Charles, is found dead outside the family manor, the footprints of a huge dog nearby. The next Baskerville in line, Sir Henry, soon begins receiving menacing threats, and Holmes – who had been killed off in an earlier novel but was resurrected thanks to the miracles of modern fiction – sets off to investigate. 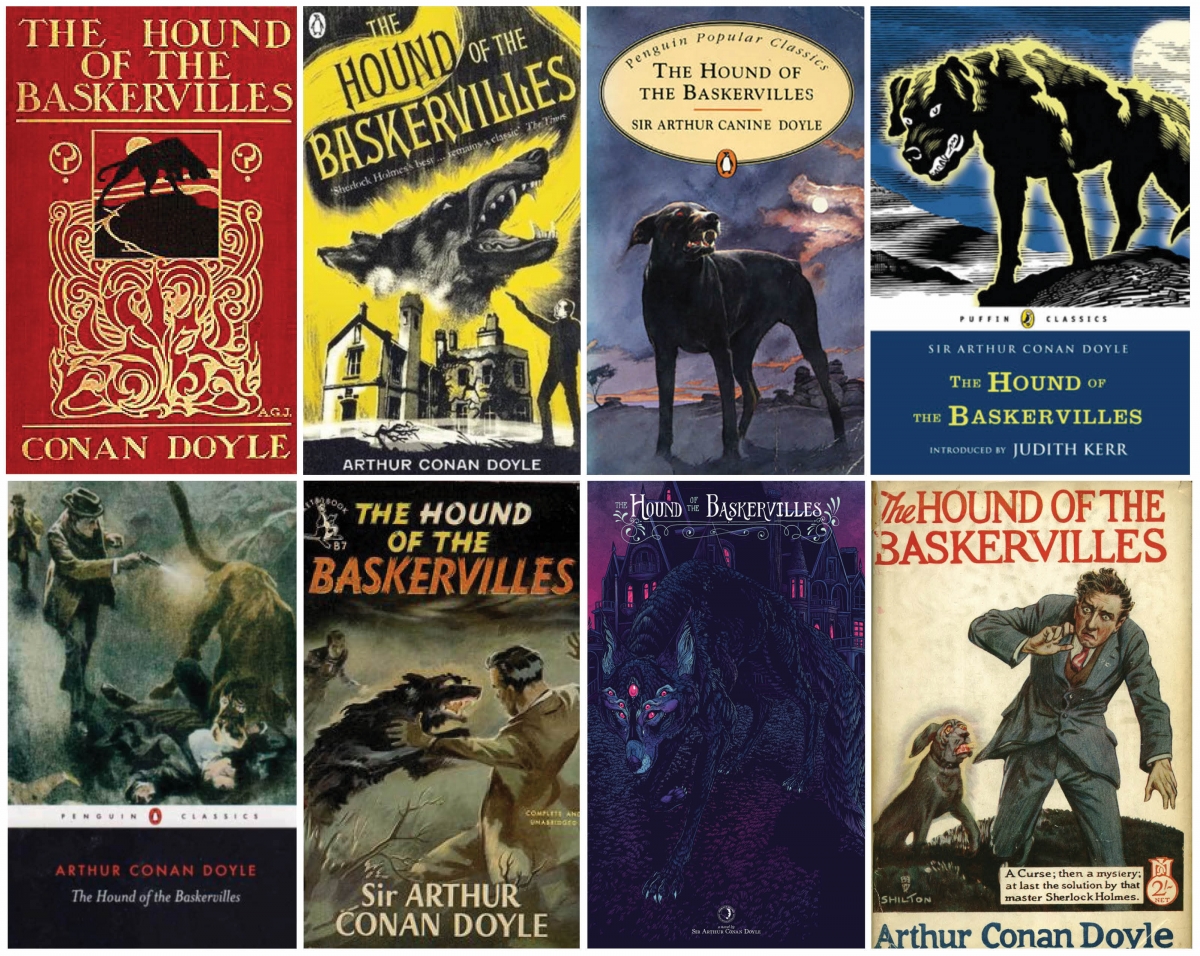 A sampling of "Hound of the Baskerville" covers from various eras, depicting just as many breeds, from deranged German Shepherds to crazed Labs. Both the original cover, at top left, and the one below it suggest the more correct Fila Brasileiro type described by Sir Arthur Conan Doyle.

As we have come to expect, Holmes solves the crime, and his faithful sidekick Watson describes the dog, which is killed at novel’s end.

“In mere size and strength it was a terrible creature which was lying stretched before us,” he notes. “It was not a pure bloodhound and it was not a pure mastiff; but it appeared to be a combination of the two – gaunt, savage, and as large as a small lioness.” 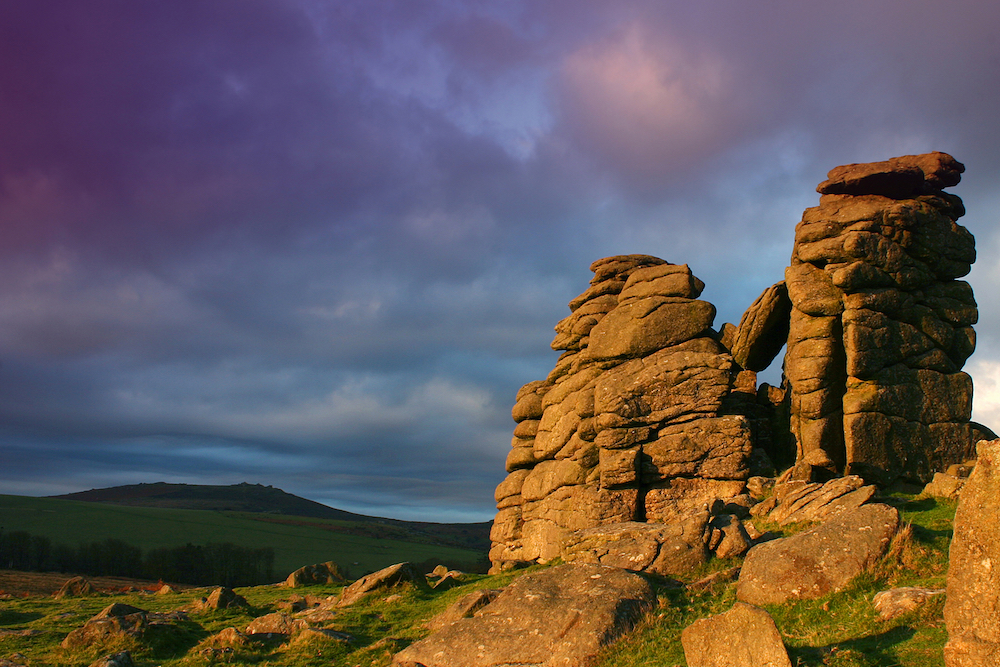 The Devon moorland against which "The Hound of the Baskervilles" is set.

Examining the dog more closely, Watson deduces correctly that it had been covered in phosphorus, which made it glow in the dark but did not compromise its ability to scent out its next victim.

It is generally accepted that Conan Doyle’s inspiration for the Baskerville legend came from Richard Cabell, a 17th-Century squire who was rumored to have murdered his wife and sold his soul to the devil, and who after death lead a phantom pack of hounds across the moor. As for the dog, English folklore abounds with stories of hellhounds, frequently large, black and portentious of death, with various names, from Old Shuck to Padfoot to Devon’s own homegrown specter, the Yeth hound, now a staple in the online Dungeons & Dragons game. 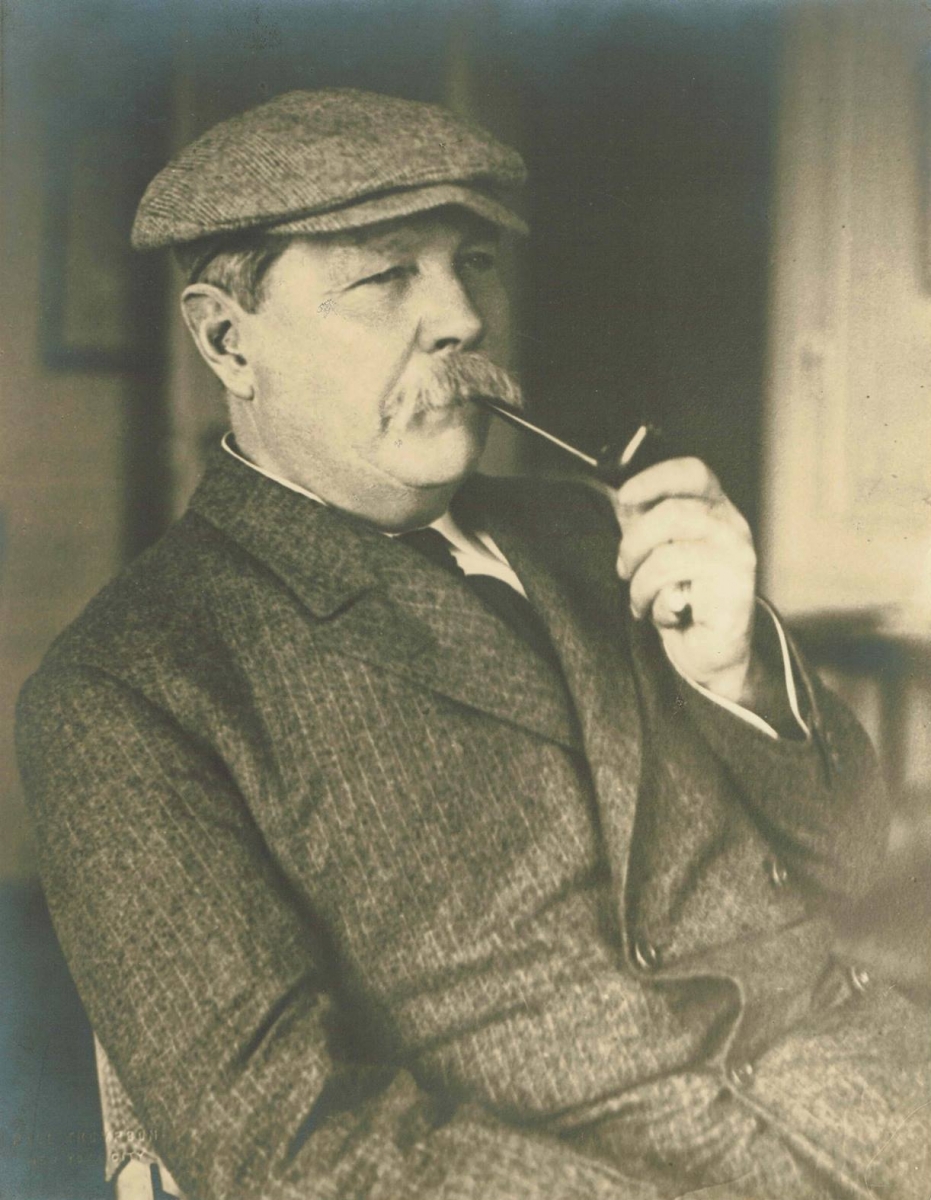 “Conan Doyle’s technique was to take a little fact and then wildly embroider it,” says E. J. Wagner, author of “The Science of Sherlock Holmes,” noting, for example, that the author invented fictional poisons, even though he was a physician.

Wagner points out that Conan Doyle, an avid newspaper reader, would have also been following the hunt for Jack the Ripper at the time he was writing “The Hound of the Baskervilles.”

“Scotland Yard brought in two bloodhounds, which somehow slipped their leads and disappeared into London,” Wagner says. The dogs eventually turned up at their kennel, but “while they were loose there were no murders” – presumably because Jack the Ripper feared the city’s most famous serial killer would be able to track him. That detail might very well have promoted Conan Doyle to give his mysterious Baskerville dog a good dose of Bloodhound blood.

For his part, Conan Doyle was no stranger to dogs, both in fiction and real life. Dogs appear in a number of his works, including Carlo the perennially hungry Mastiff from “The Adventure of the Copper Beeches.” Conan Doyle owned several dogs, and in 1913 he defended himself in court – and won – after his collie was accused of killing a neighbor’s sheep. 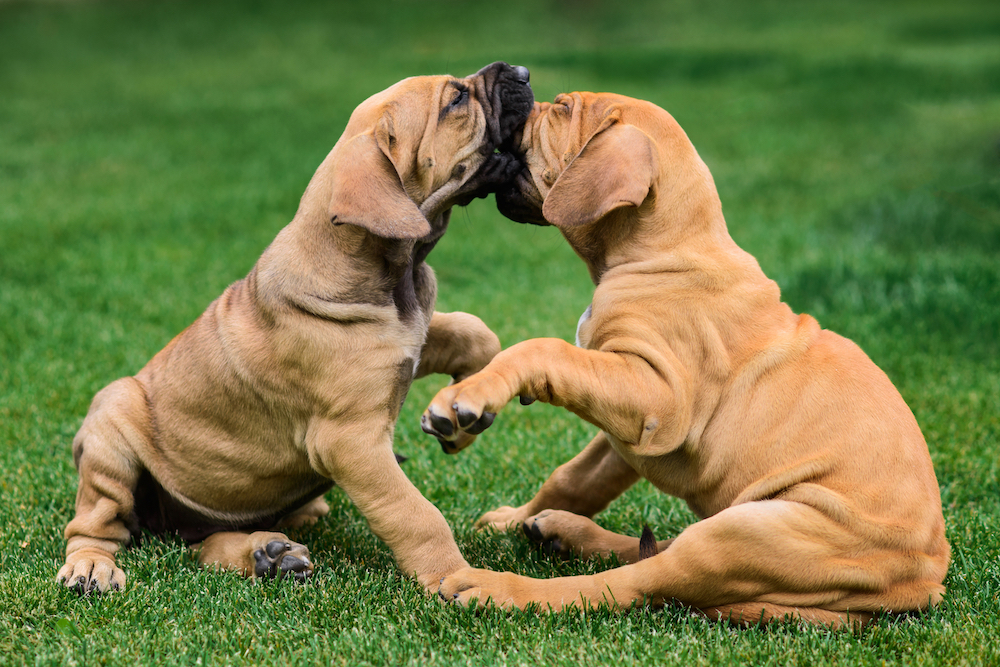 In the end, there is no evidence that Conon Doyle knew of the existence of the Fila Brasileiro, which, its purist defenders would also note, most decidedly should not be black, a bone of contention that has literally split the breed. Nonetheless, Conon Doyle’s fertile imagination, paired with his keen intellect, married the strength of the Mastiff with the nose of the Bloodhound to create a fearsome dog capable of fearsome man-trailing, which was the slave-hunting Fila’s unfortunate stock in trade.

While in most cases, truth is stranger than fiction, “The Hound of the Baskerville” is quite the opposite, Conan Doyle’s fiction being very much in line with a cynological reality unfolding some 6,000 miles and an ocean away in Brazil.

Ain’t nothing but a hound dog? Well, apologies to Elvis, but not quite.

© Modern Molosser Magazine. This article may not be reposted, reprinted, rewritten, excerpted or otherwise duplicated in any medium without the express written permission of the publisher.
Sun, 05/05/2019 - 1:19am