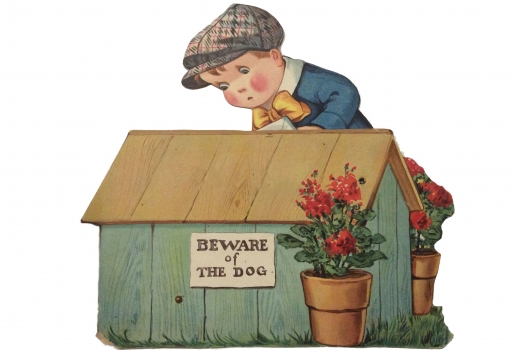 Mona Lindau explores the guard instinct that so defines Molossers

Mona Lindau of West Los Angeles isn’t just a trainer and a long-time Bullmastiff fancier. She also has a background in science – specifically, linguistics – where observing behavior, describing it and drawing generalizations can provide explanations to the questions that tantalize us.

So when Lindau decided to explore the guard instinct that so defines Molossers  – an instinct that has been all but ignored in the canine literature – she cataloged the persistent guard behaviors that Molossers show toward their humans, including body-blocking, close body contact and finely tuned alertness to even the slightest change in environment. Then she turned to attachment theory in humans, in which close proximity to a parent primes the child for successful social and emotional development.

“Guard breeds like the Bullmastiff are characterized by strong bonding to their people,” Lindau explains. “They love body contact – when you sleep with your Bullmastiff she wants to be close, close, close. They always sit on your feet facing outwards, or sit beside you leaning on you.”

But, Lindau continues, not all canine-human relationships follow that parent-child model. Click on the video below to hear more. (And try not to drool yourself over Lindau’s amazing art collection!)

Love Is My Drug

Molossers aren’t just affectionate: They are also correspondingly protective. They can become extremely good at discriminating who belongs (friends) and who does not (everyone else).

So what underlies this tendency to love and guard so strongly?

Lindau theorizes it might have to do with the “love hormone” oxytocin, which facilitates bonding and love. The more oxytocin, the stronger the bond.   “Some years ago a Dutch study found that oxytocin binds together people in groups and facilitates cooperation,” she explains. “And this is the zinger:  Oxytocin also makes people dislike people who are not in their group. So it makes the ‘ingroup’ more cohesive, and makes people outside that group objects of aggression, dislike and particularly defense by the ingroup.”

That, Lindau says, defines the Molosser guard breeds  to a “T.” “I am sure the Bullmastiff and other Mastiff guard breeds have excess oxytocin compared to many other breeds,” she says, though no studies to date have measured that.

“When I started in dogs there was no problem with using the word ‘aggression,’” Lindau says. “But over the past 10 years or so, it seems that the word has acquired strong emotional connotations.”

Lindau thinks wariness about the word results from the sensationalistic and often inaccurate coverage of dog-bite cases in the media. Whatever the reason, it has resulted in owners being in denial about their dogs’ guarding tendencies – and trainers turning to more politically correct terms, like “reactive,” which essentially is code for the same thing.

“When I give out a questionnaire about dog behavior and we get to stranger-directed aggression, I often get the reply, ‘I couldn’t answer this question, because my dog is not aggressive,’” Lindau continues. “And of course, if they have a mastiff type, they do have aggression, but it’s appropriate type aggression.”

Ever the pragmatist, Lindau advocates a direct approach: “Let’s call aggression what it is and fix it by getting control: ‘No, you can’t do that, but you can alert me and tell me you don’t like it, and then we teach you to cope with it.’”

On the Right Foot

If you get your Molosser as a puppy, Lindau can’t stress enough the importance of early socialization.

Her recommendation: Every week between seven to 14 weeks of age, the dog should meet 50 to 100 people and go to four or five different locations. Yes, that’s quite a lot, but that sheer volume of new people and experiences will give your dog really good inventory of what to consider “normal.”

“There was a lot of research done in the 1950s that resulted in the notion of a critical period for socialization up to 16 weeks, and then the window is closed – the brain closes down for that,” Lindau explains. But the parvovirus outbreak of the 1960s led vets to advocate cloistering puppies until they had all their shots – despite the behavior problems it can cause.

It’s taken 50 years to correct that overreaction. “Several years ago, veterinary behaviorists came out with a policy statment that said you have to socialize puppies because there is more euthanasia for behavior problems than for physical illness,” Lindau says, adding that of course owners should use common sense and avoid strange dogs and the places they congregate. “And there are still lots of vets who tell the naive puppy owner don’t take the puppy out until they’ve had all their shots.”

© Modern Molosser Magazine. This article and video content may not be reposted, reprinted, rewritten, excerpted or otherwise duplicated in any medium without the express written permission of the publisher.
Wed, 08/19/2015 - 4:24pm