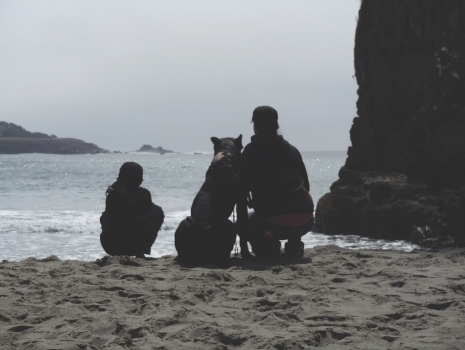 Marshmallow or macho man? A little bit of both, actually ...
By
Shauna DeMoss
Paradox …  This is the first word that comes to mind when people ask me about the Corso’s temperament.
On the one hand, my beloved breed is a dominant guardian who is suspicious of strangers, best suited for an experienced, confident, consistent owner. But then a vision of the sweet, sensitive marshmallow who can’t stand to be parted from his mama by even the bathroom door jumps to mind! 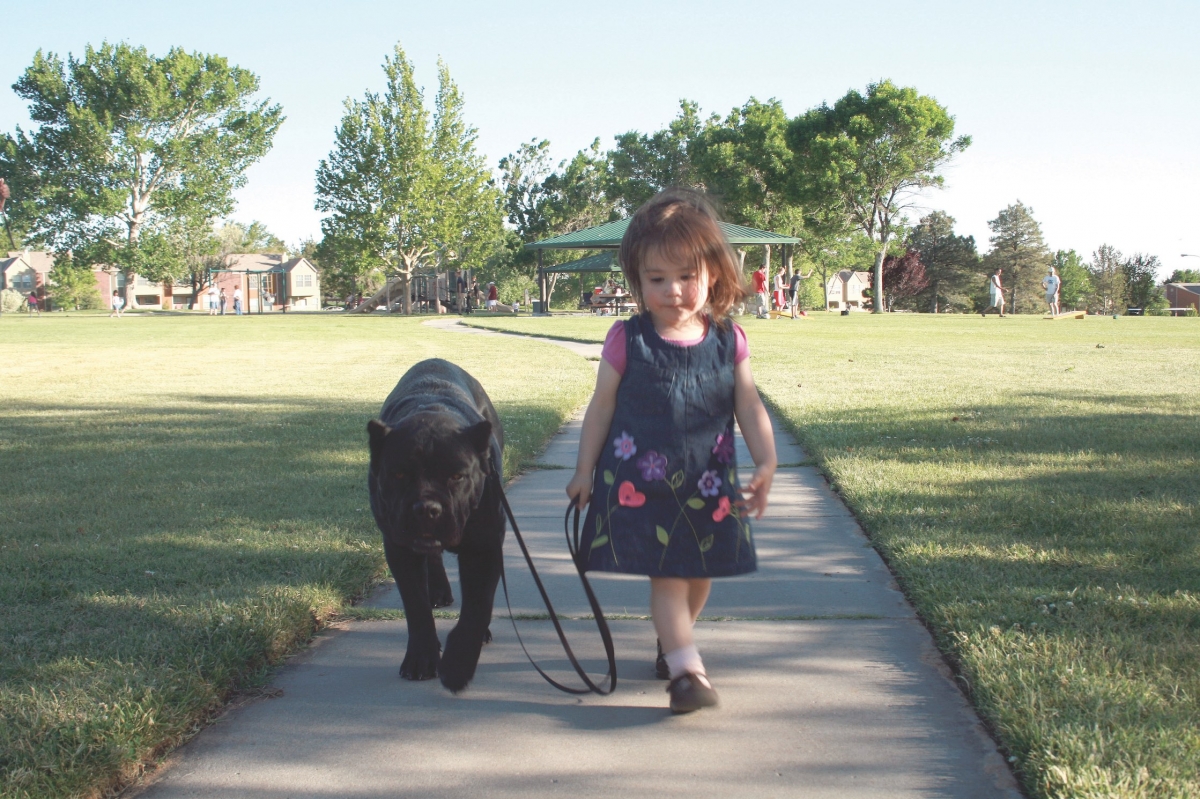 The Corso can be an enigma. One moment he is pushy and demanding, and the next he is so sensitive that even a raised voice hurts his feelings, sending him into a pout.
It would seem that these two sets of characteristics would not blend well, but that’s not the truth of it. The Corso is delightfully intelligent. With a solid foundation on who’s the boss, he is so devoted to his master and lives to please to such an extent that he quickly learns and strives to accomplish what is asked. It’s not unusual for the Corso to look into the eyes of his master as if trying to read his or her thoughts in order to obey. Or it could be that there is a piece of meat on the counter he wants and he is trying to get you to understand!
Either way, anyone who has experienced the bond with a Corso realizes they are not like any other breed. They steal your heart, and you become totally addicted. 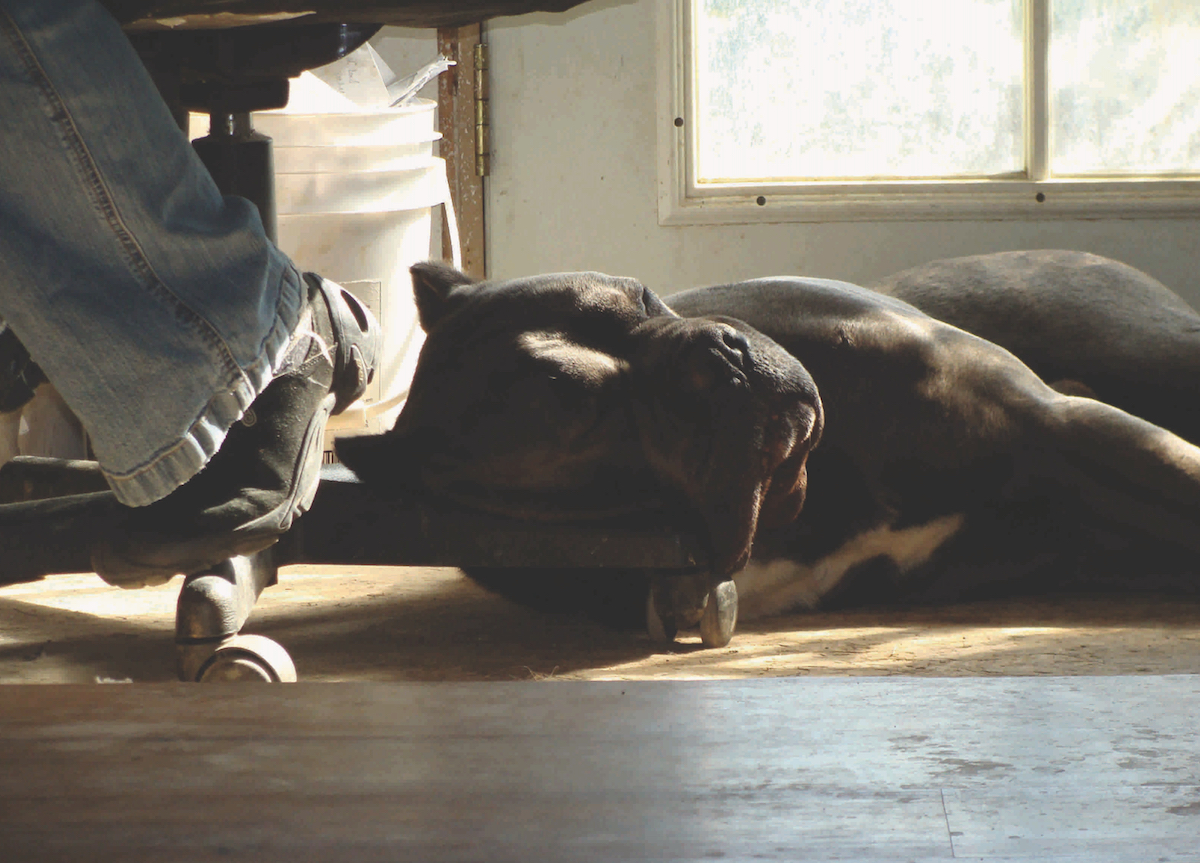 The Corso is hardwired to be a homebody, staunchly devoted to one small group of people. But in today’s world, not only is this no longer practical, it’s not desirable. Most dog lovers want their four-legged family members to experience life with them. So for those who choose the Corso, puppy rearing is more extensive, but certainly well worth it. In the right hands, the Corso can be a good ambassador and thrive in the modern world.
The Corso is not for the first-time dog owner, nor is he well suited for a family whose members are anxious or unsure. The Corso needs a family unit that is confident and “take charge.” This does not mean heavy handed; in fact, a puppy that is raised well rarely needs correction as an adult. Overall and after the foundation is laid, the Corso is an easy keeper, extremely interactive with his people and profoundly faithful and bright, adapting to whatever environment the family chooses.
But in the hands of a person who is erratic and fickle, shy or anxious, or even one who is constantly absent, the dog will become one of two things: overly protective and bossy of the person he perceives as weak or incapable, or shy and fearful himself. I would say 90 percent of all “temperament/behavioral” issues in the Corso are created and fostered by the owner. 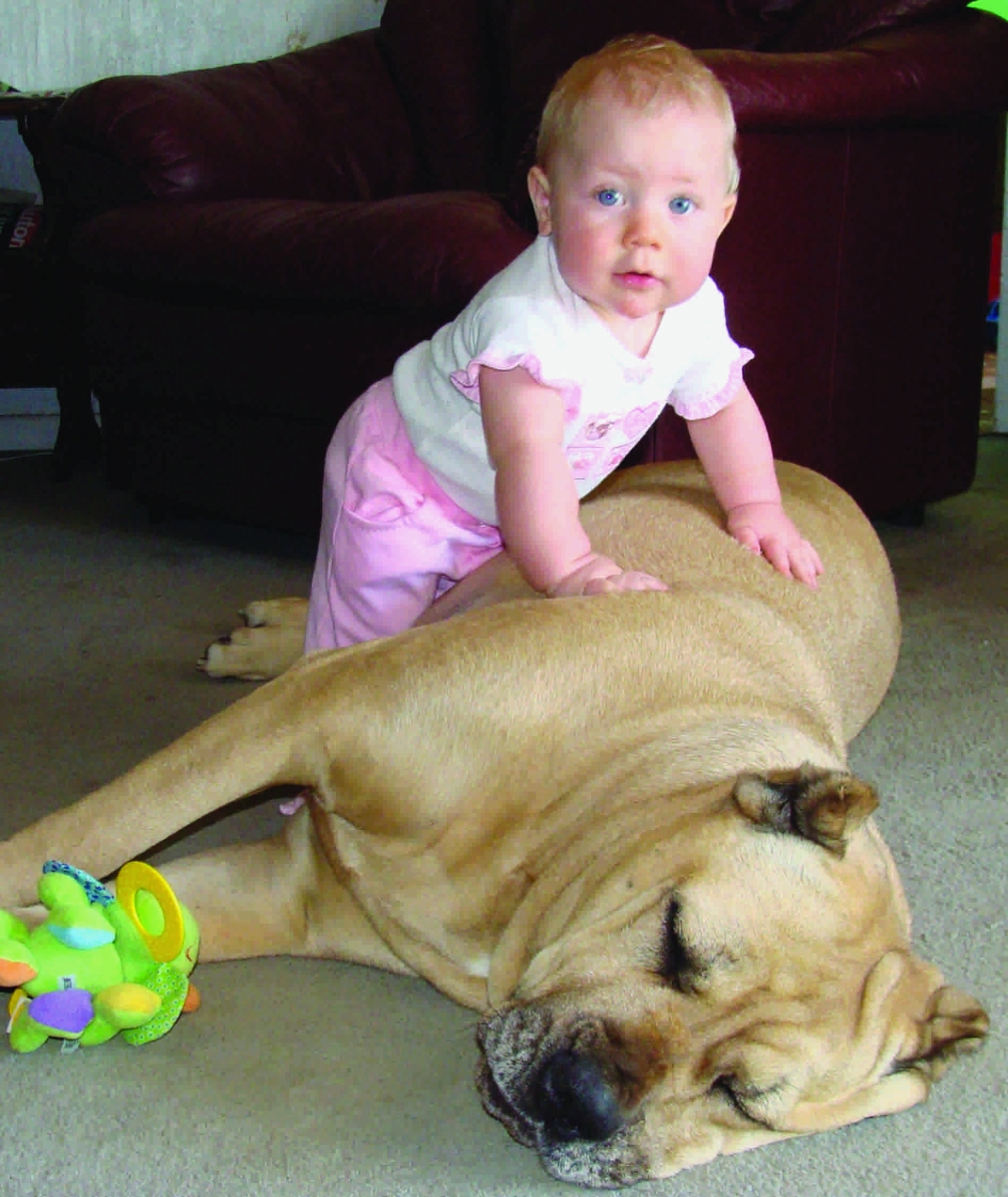 Separation anxiety can be avoided by ingraining in the young Corso that he is fine without his “mom and dad.” Regularly handing the leash off to a trusted friend, family member or trainer will only help reinforce the dog’s confidence. Overbonding is an issue in the breed, and the dog has to be literally taught that new environments and new people are a positive thing.
Any  dominance  or  aggression  should  be  nipped  in the  bud.  The Corso  owner  must always be on alert to any trigger that may arise. Most of the time, a simple correction and then redirection are adequate to defuse the situation.
A good Corso owner will always be in control, keeping a sharp eye and remaining vigilant in order  to avoid any situation that may be wrong for the Corso. Because of the breed’s size and  the  formidable  appearance,  the  burden  is  on  the  owner  to  ensure  that  the  dog, and those around him, stay out of harm’s way.
The old adage “You reap what you sow” is profoundly true with the Corso. Those who are willing and capable of investing the time and energy are richly rewarded with the most wonderful of dogs: A family companion who becomes so dear to your heart and part of your life  that  you  just  could  never  image  not  having  one  lying  at  your  feet … or  scratching  at  the bathroom door!

A Note to Judges

Powerful and imposing? Truly unmistakable characteristics of a Cane Corso stacked and waiting for examination. But as you approach, realize that this dog is a mixed bag, and the way to the show ring is a long one.
Traditional  Corso  temperament  dictates  that  the  dog be  devoted  to his  family and  intolerant  of outsiders. His job requires him to guard his people and  property with his life, accepting food or attention from no one but his own. His exterior persona is formidable and intense. But inside the home, when alone with his family, the Corso is something quite different: tender and loving, loyal and sweet, intelligent and sensitive. This combination makes him a wonderful family companion, but a poor social butterfly. 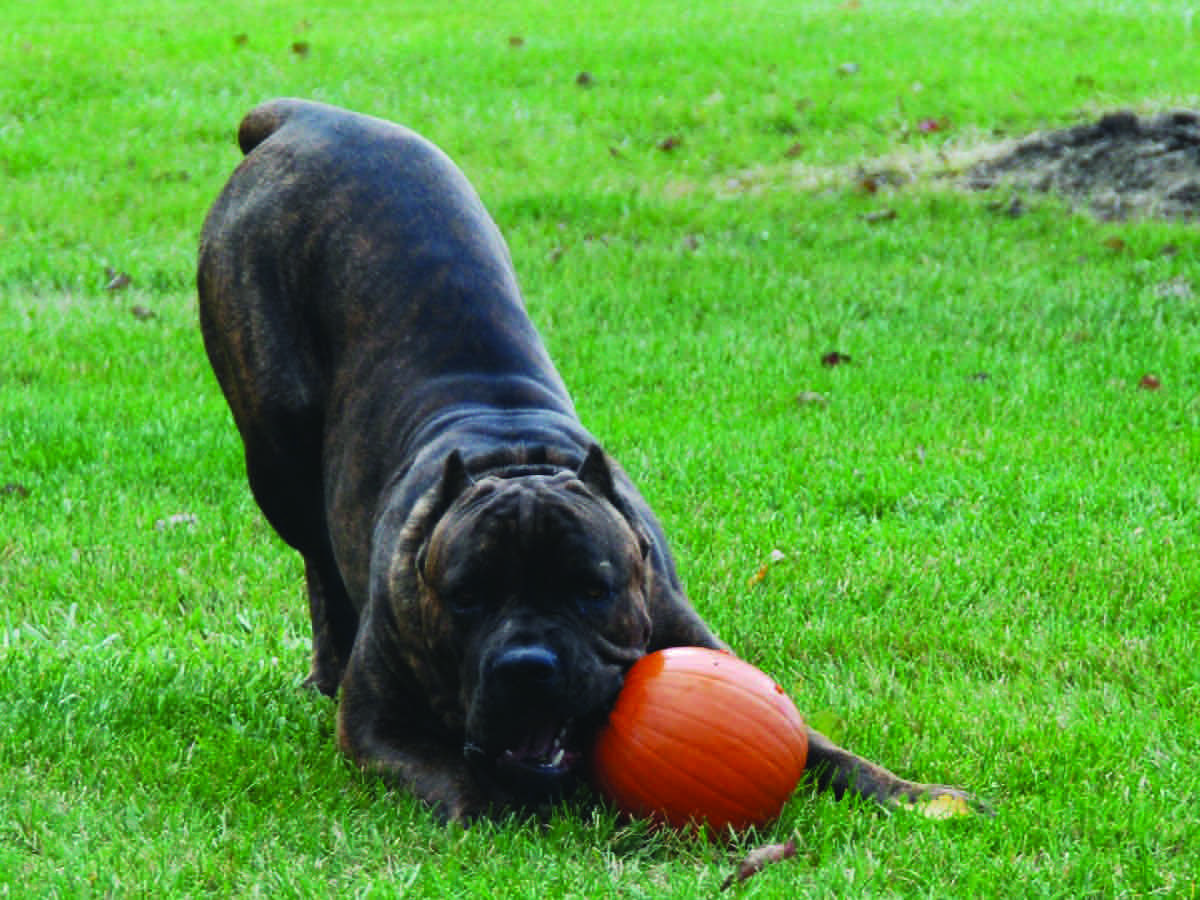 The modern lifestyle of social outings and the show ring is a challenge to a breed that is relatively “fresh off the farm.” A Corso who is going to perform in these settings must literally be desensitized to his natural tendencies; heavy socialization and extensive training are required. The Corso’s drive to please his master is very powerful, and combined with his intelligence, the result can be a stable, obedient dog in a social setting.
A judge should never expect a mature Corso to be a “wag and greet” kind of dog. An obedient, stoic participant is more than acceptable from this guardian breed.  However,  stoic  should  not  be  confused  with  “asleep  at  the  wheel.”  A Corso should be alert and watchful at all times. His expression should be distinctly intelligent.
The Corso bonds very strongly with his people. He actually suffers when he is parted from those he loves. Overbonding often occurs in the breed, and the dog can become totally dependent on one person or family group. He will routinely take cues from this person, and any anxiety that person may have is readily transferred down the leash.
A judge wishing to put dog or handler at ease should greet the handler first. It is also beneficial to ask the handler to show the bite when the time comes. A judge should avoid imposing stares into the dog’s eyes and extensive, heavy-handed exams. The idea is to see the dog at his full potential, and the least amount of intrusion by a stranger accomplishes this best.
Because the Corso is very sensitive to his surroundings, anyone who is apprehensive about the breed should not judge them.
© Modern Molosser Magazine. This article may not be reposted, reprinted, rewritten, excerpted or otherwise duplicated in any medium without the express written permission of the publisher.
Fri, 03/16/2018 - 1:09pm