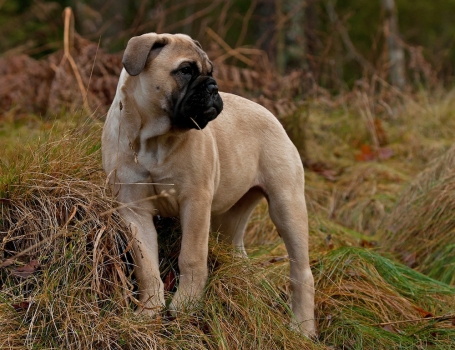 Bullmastiffs with very foreshortened muzzles, such as this puppy, are not in keeping with the standard.

The Long and Short of It

In the face of bans against breeding snub-nosed dogs, a reminder that the Bullmastiff is not a brachycephalic breed
By
Helene Nietsch

Today more than ever, there is concern about how certain aspects of type can adversely affect a breed's quality of life.

The Kennel Club of England routinely practices veterinary health checks of Best of Breed winners at British dog shows, assessing dogs to ensure that no visible health conditions that may cause pain or discomfort are rewarded.

Many airlines have now adopted bans against transporting brachycephalic breeds — that is, those with "snub" noses, or foreshortened muzzles — no matter what the time of year.

And in Holland, the breeding of dogs with abnormalities that could harm the health of the parent or offspring has been banned since 2014. That law has never been enforced – until now. In a fresh crackdown, the Dutch government is stepping up enforcement of laws against breeding brachycephalic dogs. 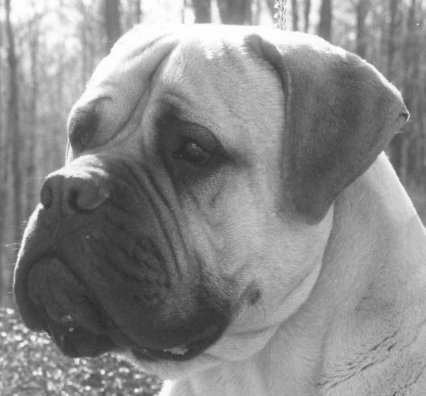 "Freddy," Ch. Huck’s Last Hurrah, who was the first multi-Best in Show Bullmastiff, had a correctly proportioned head that is decidedly not brachycephalic.

Its “traffic-light system” of head measurement has three categories: red, orange and green.

Red applies to dogs with a muzzle length shorter than a third of the skull, such as the Pug, and English and French bulldogs. Breeding with these dogs is prohibited immediately in Holland.

Orange applies to dogs with a muzzle length of a third to half the skull. With these dogs, breeding is only allowed if they meet other criteria that are set for breeding.

Green applies to dogs that have a muzzle at least half the size of the skull. These dogs can be bred.

Will the Bullmastiff be next with these type of restrictions? 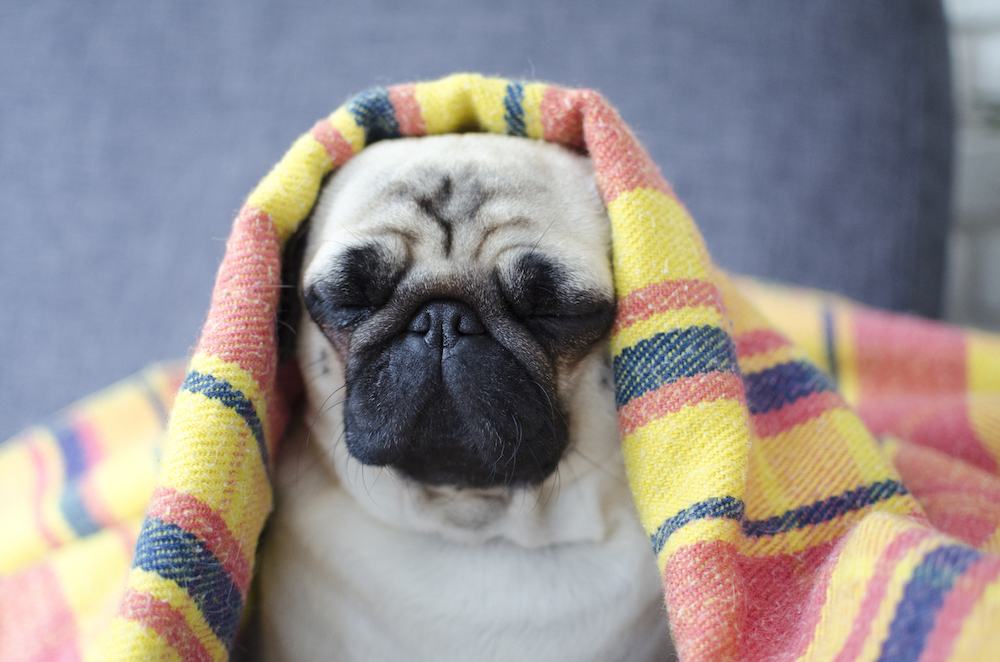 The Pug, which is considered by some to be a mini-Molosser, is very much a brachycephalic breed.

“Brachycephalic” literally means “short-face” or “short-head,” and is a term used to refer to dog breeds with facial features that include a compressed upper jaw and a short muzzle. Common brachycephalic breeds include the Bulldog, French Bulldog, Pug, Shih Tzu and Boxer, among others.

A brachycephalic skull is relatively broad and short, typically with the breadth at least 80 percent of the length.  The cephalic index is the ratio of the maximum width of the head multiplied by 100, then divided by its maximum length (i.e., in the horizontal plane, or front to back).

Now on to the AKC Bullmastiff standard, which clearly states: “Muzzle – Broad and deep; its length, in comparison with that of the entire head, approximately as 1 is to 3.  Lack of foreface with nostrils set on top of muzzle is a reversion to the Bulldog and is very undesirable.” (Emphases mine.)

Thus, the correct muzzle lengthin a Bullmastiff should be half the length of the skull. 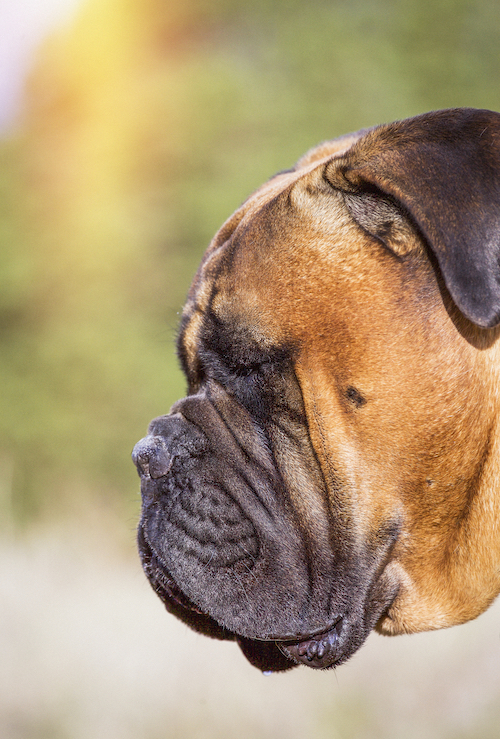 This Bullmastiff's muzzle is clearly shorter than the half the length of the skull that is requested by the standard — decidedly not desirable for reasons of both type and health.

I urge fanciers, judges and breeders to look at the illustrated standard produced by the American Bullmastiff Club, which so accurately illustrates the correct proportions of the Bullmastiff head.

The Bullmastiff is often incorrectly referred to as a “brachycephalic breed,” but the correct Bullmastiff head is clearly not. Although we too often see Bullmastiffs with these characteristics, they are most undesirable for a number of reasons, including consequences which would be in direct conflict with the intention of the breed’s ability to do its historic work.

Bullmastiffs were bred to roam the landowner’s property and prevent the poacher from illegally taking the wild game. They needed to be powerful, agile and quiet in order to sneak up on the poacher, knock him to the ground, and hold him until the gamekeeper arrived.

A dog with a more conventional face and throat is able to pass air quickly over the tongue through panting.  Saliva evaporates from the tongue as air passes across it; in turn, the blood circulating through the tongue is efficiently cooled and circulated back to the rest of the body. 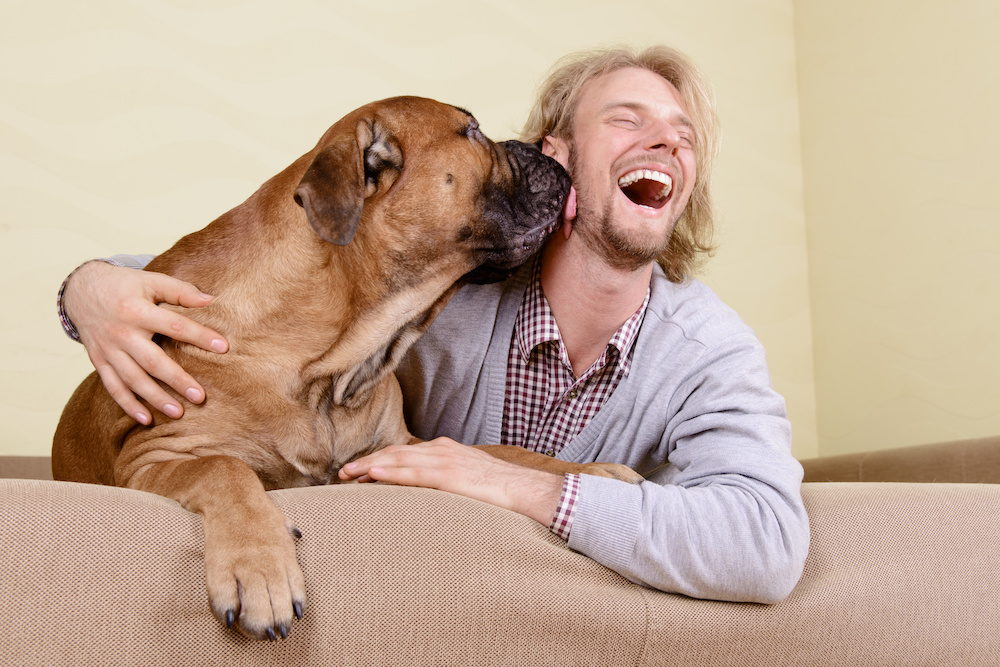 Though today he serves mostly as a family comparion, a Bullmastiff who has the correct length of muzzle and wide, unobstructed nostrils could do the athletically demanding job he was bred for.

In the brachycephalic dog, so much extra work is required to move the same amount of air that the airways become inflamed and swollen. This leads to a more severe obstruction, distress and overheating, resulting in heavy panting and noisy breathing.  Stenotic nares or narrowed nostrils will create small nasal openings for breathing.

With an elongated soft palate, it is difficult to fit the soft tissues of the canine mouth and throat into the brachycephalic’s short face. As a result, the soft palate, which separates nasal passages from oral cavity, flaps loosely down into the throat, creating snorting sounds. The brachycephalic dog’s windpipe also may be dangerously narrow in places.

Hypertype in the Bullmastiff (left) is a reversion to the Bulldog (right), which is a serious fault that compromises true Bullmastiff type.

Convoluted nostrils and Bulldog-type muzzles with problems such as those described above would prevent a Bullmastiff from quietly patrolling the estate for long hours in various adverse weather and terrain conditions, thus defeating the purpose of the breed’s intended use.  Exaggerating the physical features to a Bullmastiff’s subsequent discomfort and inability to do its historic work indicates disrespect both for the breed standard and, more importantly, for the dogs themselves.

Less well-informed fanciers have come to think of exaggeration in the Bullmastiff – as in many breeds – as being typical and not affecting correct type, the animal’s quality of life or the ability to do its job. Exaggeration with each subsequent generation in muzzle, head, wrinkle, angles, color, size and bone may inadvertently become more exaggerated at the expense of type, soundness and a healthy dog.

© Modern Molosser Magazine. This article may not be reposted, reprinted, rewritten, excerpted or otherwise duplicated in any medium without the express written permission of the publisher.
Wed, 06/12/2019 - 8:04am