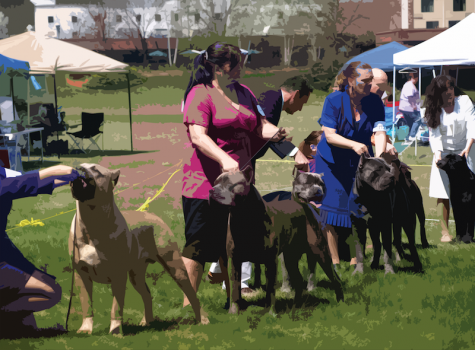 After the Cane Corso’s AKC ring debut, the ups and downs
By
Denise Flaim
It’s been four months since the Cane Corso was formally recognized by the American Kennel Club. Since that July 1 debut, the breed has logged 10 champions and seven grand champions and earned about a half-dozen Group placements (though to date a group win still eludes them).
But just how is the breed doing after leaving the rare-breed arena behind? The answer depends on who you talk to, and where they’ve been.
Eric Liebes of Richmond, Texas, judged the Cane Corso National Specialty in 2009, before the breed was recognized by AKC, with a good-size entry of 70-plus dogs. But since breed recognition, “I haven’t seen a significant number,” only the odd puppy entry, he says.
Geography plays a large part in this no-show scenario. Outside of hot spots where the breed is strong because of a preponderance of show breeders – including the New York tristate area and northern California – entries can be scant at best.

Colorado is another state where an active breeding landscape means healthy entries. Pat Trotter of Carmel, Calif., judged an entry of 19 in Grand Junction, and had a glowing review.
“The temperaments on all the dogs were very stable, the dogs were all sound, and many had exceptionally good fronts,” she says – high praise indeed from a master breeder who has made good front assemblies her holy grail. “The mouths were good, and they had good bone. Some were longer in loin than I would have liked, and I’d like to see some improvement in topline.”
Beverly Capstick of Monticello, Minn., judged the Cane Corso National this year, only a handful of months before the breed formally entered AKC. “I found the entry quite strong,” she says of the 50 or so dogs entered, echoing Trotter’s comments about excellent temperaments and fronts. In terms of areas needing attention, in addition to soft toplines, “they are having a little trouble with their head planes, going to more parallel planes” than the slightly convergent planes called for in the standard, she notes. “Overall, I was impressed with the quality I had.”
But that hasn’t been every judge’s experience. Pat Hastings of Aloha, Ore., was disappointed in the entry she judged in Ohio, a state that also has a nucleus of active Corso breeders.
“I know that the head is a very important feature of the breed, but that correct head has to be on a dog that is capable of doing the job it was bred for,” she says. “I was very disappointed in the structural quality of the dogs I had my hands on. … In my opinion, a great head is not enough.”
Temperament was another concern. “This breed has such a great reputation for being a great working dog that I have been very surprised at the soft temperaments I have seen,” she concludes.
From the point of view of Cane Corso exhibitors, some of the judging has been equally as erratic. Mike Ertaskiran of Bronxville, N.Y., president of the Cane Corso Association of America, notes that judges who had the entire Working Group did not have to apply for the newly arrived Cane Corso, but instead were approved to judge it after completing a written test on the standard sent through the mail.
“Unfortunately, some of the judges who were grandfathered in haven’t taken the time to study and learn the breed,” he says. “They didn’t take advantage of the parent club’s very complete and detailed judges’ education program.” (Visit www.corsoed.org.) Among the cardinal sins: not taking into account head type, bone, substance or size, and instead putting up generic dogs. That said, Ertaskiran says, “I have seen large number of judges who don’t have the breed automatically who are like sponges, trying to learn and take the initiative, and have a genuine interest in our breed. That’s a beautiful thing.”
Those judges who have done their homework and are putting the standard through its paces in the ring are finding areas where its language could be more precise to avoid confusion. Trotter points to the disqualification for a “yellow bird of prey” eye as a prime example.
“The language of the standard could lead you to be unsure about how light is light,” she says. “It should be more specific on eye color.”
“It’s hurting us badly,” agrees Cane Corso Association of America judges-education director Shauna DeMoss, referring to the standard’s wording on eye color. “Our definition of a light eye is very different from what other Working breeds consider a light eye.”
In a solid black dog, she says, any shade of yellow is unacceptable. But in a heavily brindled fawn Corso, the eye color would harmonize with the lighter fawn, rendering an amber eye correct, she explains. “Some judges look at an amber eye, which theoretically is a shade of yellow, and say, ‘You’re out of here.’” What the club was trying to avoid with its eye disqualification is a very light, almost clear yellow, she adds. “We need to let Working judges know to disregard their traditional idea of ‘dark’ and please understand amber is not only acceptable but correct in those dogs.”
Easier said than done. When Kay Radcliffe of La Mesa, Calif., judged a Cane Corso entry in California recently, she noted that three-quarters of her entry of 11 dogs had some shade of yellow eye.  She disqualified three dogs whose eyes were such a deep, bright yellow that for her they evoked the eagle visage described in the phrase “bird of prey.” And while she appreciates that the Cane Corso club may now regret that its choice of language regarding yellow eyes is not as precise as it could be, the standard is still the standard.
“The Cane Corso is new to AKC, and with breed type still across the board, it’s unfortunate that the breed is hampered by this language in the standard if that is not what the club intended,” she says. “But I’ve been in dogs for 49 years, 23 of them as an AKC rep, and it’s a little hard for me to ignore the standard. Nowhere does it allow for yellow eyes in the body of the standard.”
Since the AKC does not permit a standard change until five years after the standard is first accepted or changed, it remains to be seen just how that conundrum will play out in the breed ring. 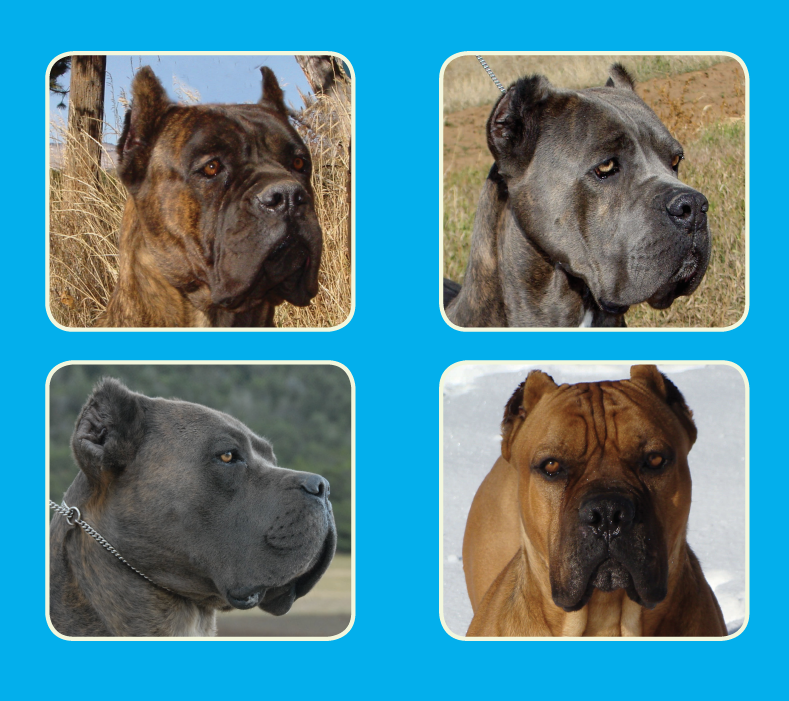 Similarly, there is some confusion about the bite. Though the standard disqualifies a bite that is undershot more than a quarter-inch and asks for no more than two missing teeth, Ertaskiran reminds that head proportion and planes are fundamental, and are “more important than what is inside a dog’s mouth.”
And there is still work to be done regarding that all-important head. Angela Porpora of Walton, N.Y., has judged the Cane Corso at various rare-breed shows, and also judged the National Specialty two years ago. The heads she has seen in the AKC ring were not in her opinion consistent enough. “I saw a few European Boxer-like heads,” she notes. “Definitely not what a Corso head should be.”
All in all, Ertaskiran says, the turnout by Cane Corso fanciers at AKC shows has been “relatively good” since recognition, in large part because of the inevitable rush to log in those first history-making champions. For the same reason, he expects entries to slow as the year draws to a close.
As for how the breed will ultimately fare with AKC, he thinks the very best judges’ deep knowledge of sound structure and movement, coupled with their growing appreciation for the fine points of Cane Corso type, can only portend good things. “I think some time in the very near future,” he says, “the best Cane Corsos in the world will be in America.”
© Modern Molosser Magazine. This article may not be reposted, reprinted, rewritten, excerpted or otherwise duplicated in any medium without the express written permission of the publisher.
Thu, 11/11/2010 - 12:01pm