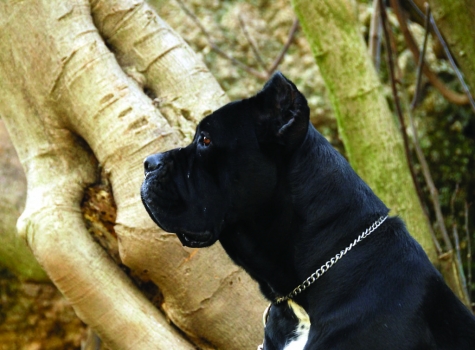 Overseas, one shade of Cane Corso predominates
By
Denise Flaim

When in doubt, wear black, any New York fashionista will tell you.

The Cane Corso standard permits two basic colors – black and the full range of fawn (from light beige to what is called “red”) – as well as their dilutes – respectively, blue or gray, and the gray fawn color known as formentino. Brindling – which is not a color but rather a pattern – can also be present, regardless of the base color of the dog. Compared to other Molosser breeds such as Mastiffs and Bullmastiffs, it is a relative rainbow of coat colors. 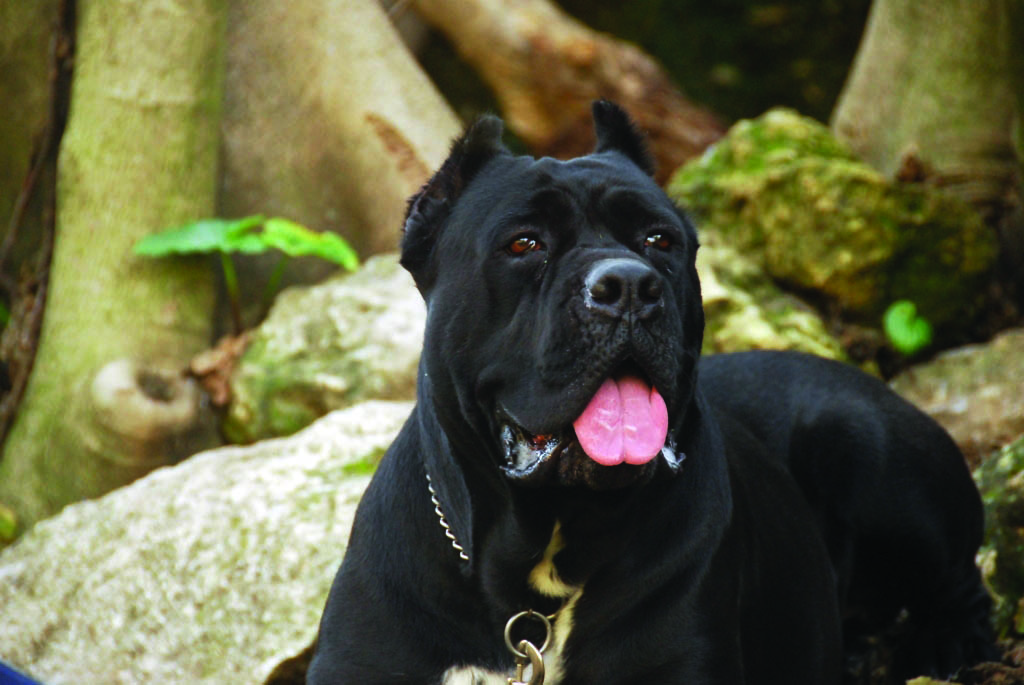 In the United States, breeders have been relatively color blind when it comes to the dogs they bring into the ring. But overseas, some unique factors have converged to make black the dominant color in many kennels.

Like many other trends, the preference for the black Cane Corso is a matter of supply and demand – with an emphasis on the “demand,” breeders say.

“The breeders who wanted to sell their puppies were influenced by the buyers’ desire for a black Cane Corso. As a result of their selection process, most of the European Corsos are black,” explains Lazar Gerassi of Gerassi Cane Corso in Israel, adding that, ironically, in other breeds, such as the Labrador Retrievers, black is often viewed as a less desirable color. “I believe that the preference for black may come from the perception that a black Corso is more elegant and powerful. It is also easier to see flaws in a light-colored dog,” such as a formentino or gray. 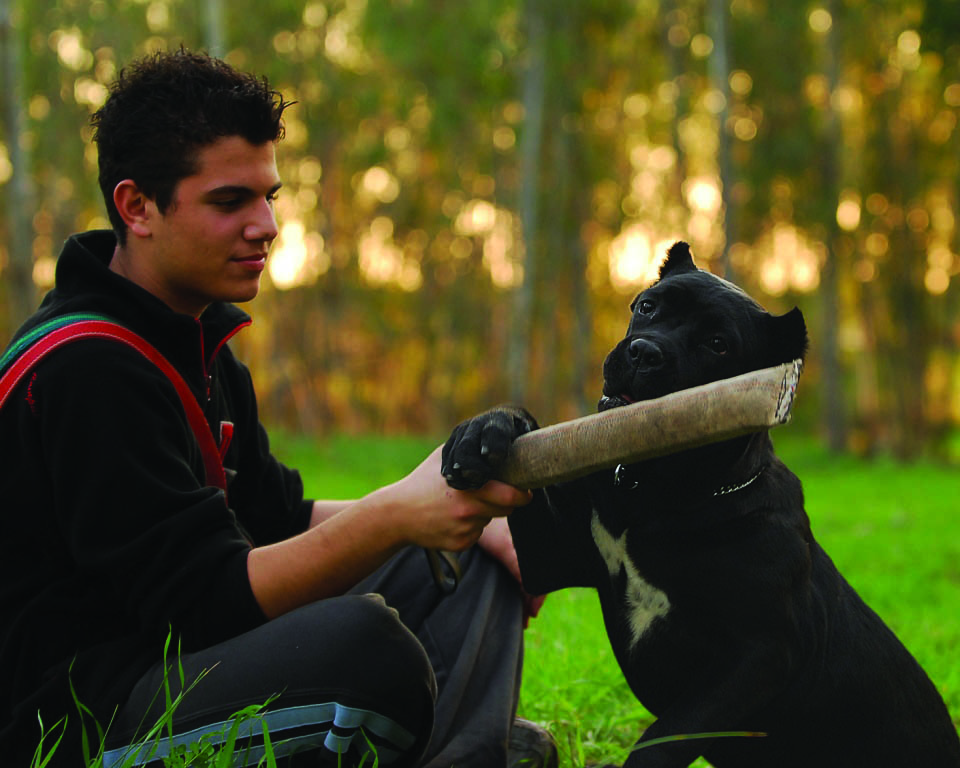 As those who attempt to photograph dark-colored dogs know all too well, black on the face often makes the expression inscrutable and therefore, to some, more imposing – something that may drive the puppy buyers’ predilections when it comes to this breed.

Mike Ertaskiran, president of the Cane Corso Association of America, sums this black-out up in his succinct way: “In a nutshell, the judges in Europe, particularly Italy, are conditioned to favor black dogs, so therefore the big winners are black and are bred more often.” While no one can point to one dog in particular who ignited the trend for black dogs, Ertaskiran notes that founding dogs such as Duano and his offspring Basir and Bulan were all black, owned by prominent fanciers of the day. Cane Corso judge Massimo Inzoli of Italy agrees that the pet market’s infatuation with black Corso has made them “fashionable.” But he notes that breeders in western Europe have increasingly had to deal with one obstacle that thus far has not troubled American breeders: prohibitions against cropping and docking.

Cropping and docking give the Corso a distinctive silhouette – and so can benefit less-than-typey dogs, particularly by accentuating the planes of the head. In uncropped and undocked Corsos, being identifiable as a member of the breed becomes even more of a challenge. And this has given the black Corso an edge.

“The black color is only present in the Cane Corso,” and not in breeds that might be mistaken for it, such as the Bullmastiff, Boxer and Dogo Canario, Inzoli explains. “This color helps to typicize the dog, especially now with uncropped ears. As a result, many of the breeders prefer to breed black. In this way, a judge is not afraid to give the win to a dog that he worries might not be a Cane Corso!” In the end, despite pressures to breed a color that is so sought after in both pet and show homes, smart breeders know that plenty of other traits should trump such a cosmetic consideration.

“Personally, I believe that a breeder should make a selection based on correct type, health and temperament, and not color. But that is challenging to do, given the market’s demands,” Gerassi says. “Nevertheless, despite the dominance of black-colored Corsos, it should be noted that a lot of Italian champions are not black, and at the 2011 Euro Show, the winning dogs had all the possible ranges of color.

“So, maybe,” he offers optimistically, “things are changing.”

© Modern Molosser Magazine. This article may not be reposted, reprinted, rewritten, excerpted or otherwise duplicated in any medium without the express written permission of the publisher.
Fri, 01/15/2016 - 10:44am