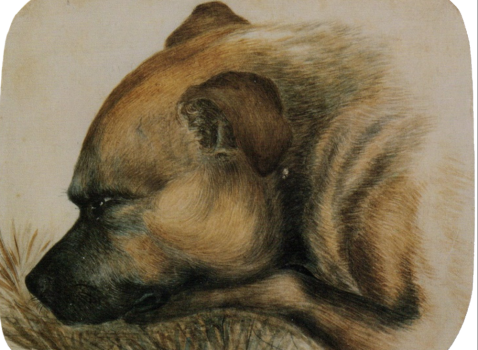 If you thought Heathcliff had it rough on those moors, consider what Emily Brontë dishes out to her Bullmastiff, Keeper.

Early Victorian writer Emily Brontë penned only one novel, the famed Wuthering Heights, which centers on a brooding, at times uncouth hero named Heathcliff. And Brontë had a similarly rough-around-the-edges Bullmastiff named Keeper.

Keeper liked to scrap with his own kind outside the house, and inside Haworth Parsonage, he was fond of “lying on the best bed, in lazy voluptuousness,” wrote Elizabeth Gaskell in a 1857 biography of Brontë’s sister Charlotte. Frustrated by his trespasses, Brontë declared to her literary sisters Charlotte and Anne that were Keeper to transgress again, “she herself … would beat him so severely that he would never offend again.”

True to her word, when Brontë found the big dog on the bed, she dragged him off and down the stairs, as he growled and snapped. Balling her hand into a fist, Brontë socked Keeper in the eye, gaining his submission. It sounds like a positively sadistic exchange between mistress and Molosser, but by all accounts Keeper did not hold a grudge, adoringly following Brontë and serving as her backrest when she sat on the floor. 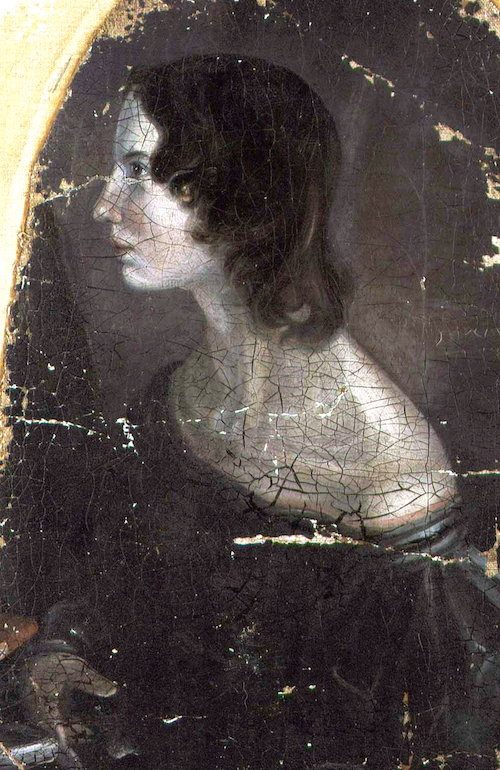 Keeper “owed her no grudge; he loved her dearly ever after,” Gaskell concluded. “ ... He walked first among the mourners to her funeral; he slept moaning for nights at the door of her empty room, and never, so to speak, rejoiced, dog fashion, after her death.”

© Modern Molosser Magazine. This article may not be reposted, reprinted, rewritten, excerpted or otherwise duplicated in any medium without the express written permission of the publisher.
Tue, 10/20/2015 - 7:51pm