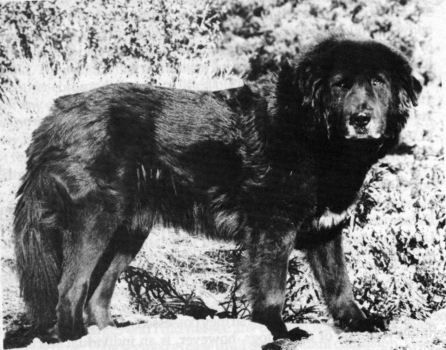 Swapped for some liquor and a jacket, this Tibetan Mastiff helped establish the breed in America

How important was a Tibetan Mastiff named Kalu to Ann Rohrer, who established this breed in America? Important enough that she dedicated her second and most influential Tibetan Mastiff book to him – and devoted a whole chapter to his story.

Born in 1967, Kalu was about a year old when he was sold by Tibetan traders to a Nepali farmer named Bhimbahadur to guard his cattle in Jumla, in western Nepal.

During the day Kalu was tethered by a short chain in a cowshed. In the evening he was freed to protect the village. Two encounters with snow leopards had left him with a scarred neck and leg – and, respectively, a muffled bark and slight limp.

Barry and Lila Bishop, two American tourists who were camping in Bhimbahadur’s yard, befriended the dog and offered to buy him, but the offer was refused. “One evening, however, while Barry and Bhimbahadur shared some rakshi, a home brewed liquor, the subject of Kalu was broached once more,” Rohrer wrote. “When the farmer longingly eyed Barry’s jacket, a trade was proposed.”

By 1970, Kalu was shipped to another American couple that the Bishops that met in their travels, Ben and Laney Humphrey. “There was plenty of food, abundant affection and a liberal dose of creature comforts,” Rohrer said of Kalu’s new home in Oklahoma. “Best of all, there were children.” But Kalu’s loyalty to his diminutive masters led him to misinterpret their friends’ loud play and chasing games, and after he badly bit a little girl, the Humphreys decided they had no choice but to rehome him. 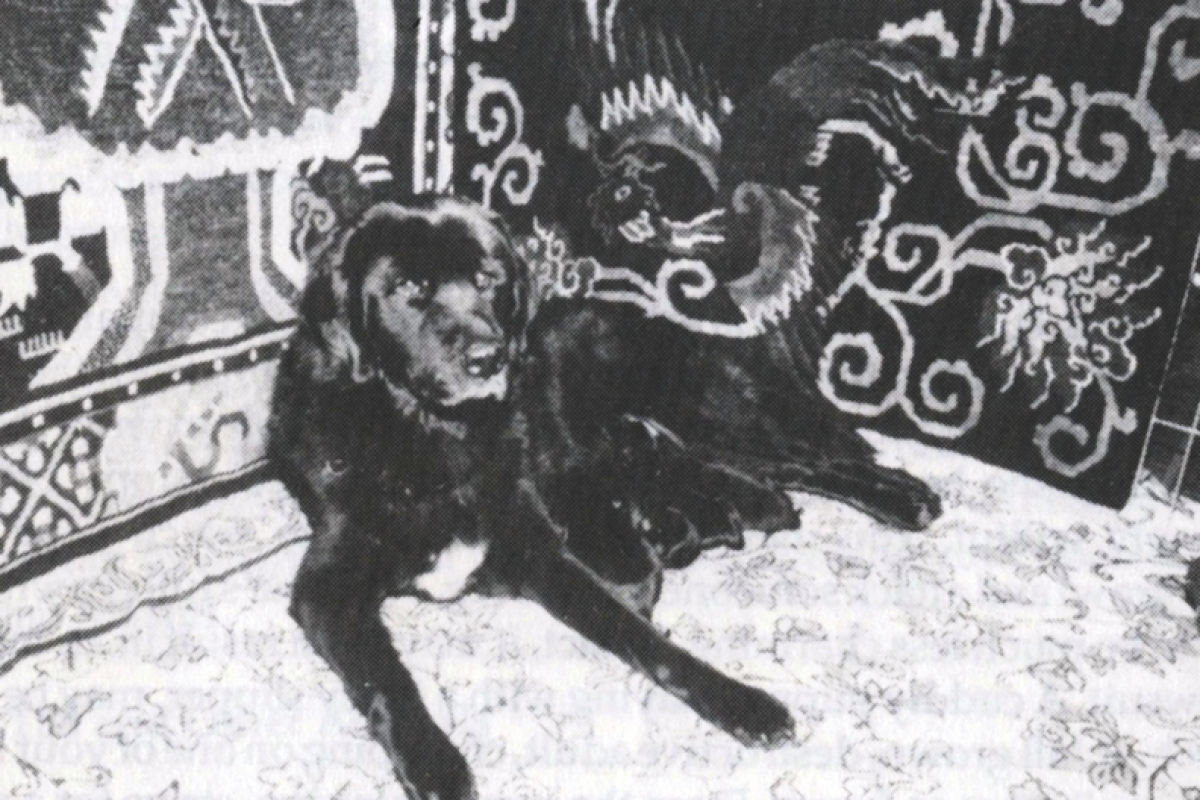 Langtang Lo-La Sempa, a Kalu daughter bred by Rohrer, and puppies. The rugs are authentic, from Tibet.

So, in July 1973, Kalu was sent to a Tibetan Mastiff breeder in New Hampshire; the arrangement was that he would board the dog in exchange for stud service. But by the fall the Humphreys learned that the man had been evicted, and that he had left Kalu chained to the side of the house with a little food and water – and a note asking passersby to feed him. The other Tibetan Mastiffs that had been left to roam the property had attacked him, and he was, in Rohrer’s words, “half-dead.”

A neighbor, Ann Schneider, nursed Kalu back to health, found the Humpheys, and shipped him back to them.

“The Humphreys didn’t quite know what to expect,” Rohrer wrote. “Wounded by snow leopards in Nepal, shipped half-way round the world to America, attacked by dogs in New England and left to agonizingly starve …what would their old friend be like now? Kalu greeted them with a wag of the tail and a twinkle of the eye. He was as gentle and loving as he had always been with them. They still faced the dilemma of what to do with him, but this time they vowed that he would never suffer again.” Ann Rohrer and Kalu in March 1979.
As luck would have it, Laney Humphrey began corresponding with Rohrer, and in 1976 Kalu arrived at her high-desert home in California.
“There the Asian dog would live out his remaining years in peace, love and security,” Rohrer concluded. “He would also prove his value to the breed in this country, founding a Tibetan Mastiff dynasty that continues to this day.”
© Modern Molosser Magazine. This article may not be reposted, reprinted, rewritten, excerpted or otherwise duplicated in any medium without the express written permission of the publisher.
Sat, 08/06/2016 - 3:48pm

Falling for the Ca de Bou
This rare Molosser packs a lot of character in a medium-size package.