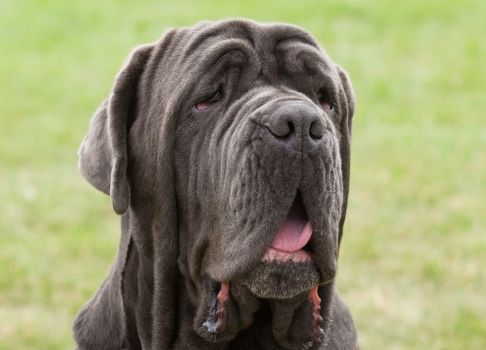 In Search of the Molosser

What is the definition of a Molosser

Millennia ago, the Molossi people lived, logically enough, in Molossia, a mountainous region in northwestern Greece that today is southern Albania. And the ancient wags tell us they had a very special dog.

The Greek poetry of Oppian described the Molossian dogs as “impetuous and of steadfast valor, who attack even bearded bulls and rush upon monstrous boars and destroy them.” While admittedly these super-sized protectors were not swift, they were said to have “abundant spirit and genuine strength, unspeakable and dauntless courage.” Molossers have existed in various roles and regions throughout the centuries.

The ancient Roman poet Gratius agreed that the Molosser appealed to those “not bent on looks and deceptive graces.” But beauty is as beauty does, and in his job as protector, the Molosser was unparalleled. “When serious work has come, when bravery must be shown, and the impetuous War-god calls in the utmost hazard,” Gratius wrote, “then you could not but admire the renowned Molossians so much.”

The classical Roman poet Virgil noted that the Molossian dogs were used by the ancient Greeks and Romans for hunting, but focused on the dog’s role as the ultimate “no-tech” alarm system. “Never, with them on guard,” he wrote, “need you fear for your stalls a midnight thief, or onslaught of wolves, or Iberian brigands at your back.”   That’s the romance. Now for the reality.

For all its celebrated reputation, the Molosser remains a shadowy figure in canine history. Experts debate exactly what the ancient Molossian dog looked like, and argue even more ferociously about its progenitors: Some posit the Tibetan Mastiff as the starting point of this ancient race, following Asiatic tribes along the “silk roads” to Europe. Others dismiss this as just romanticism. The Tibetan Mastiff (above) and the Spanish Mastiff (below, called the Mastin Espanol in his native land) are two breeds that unabashedly consider themselves Molossers. Photos by Sanna Sander 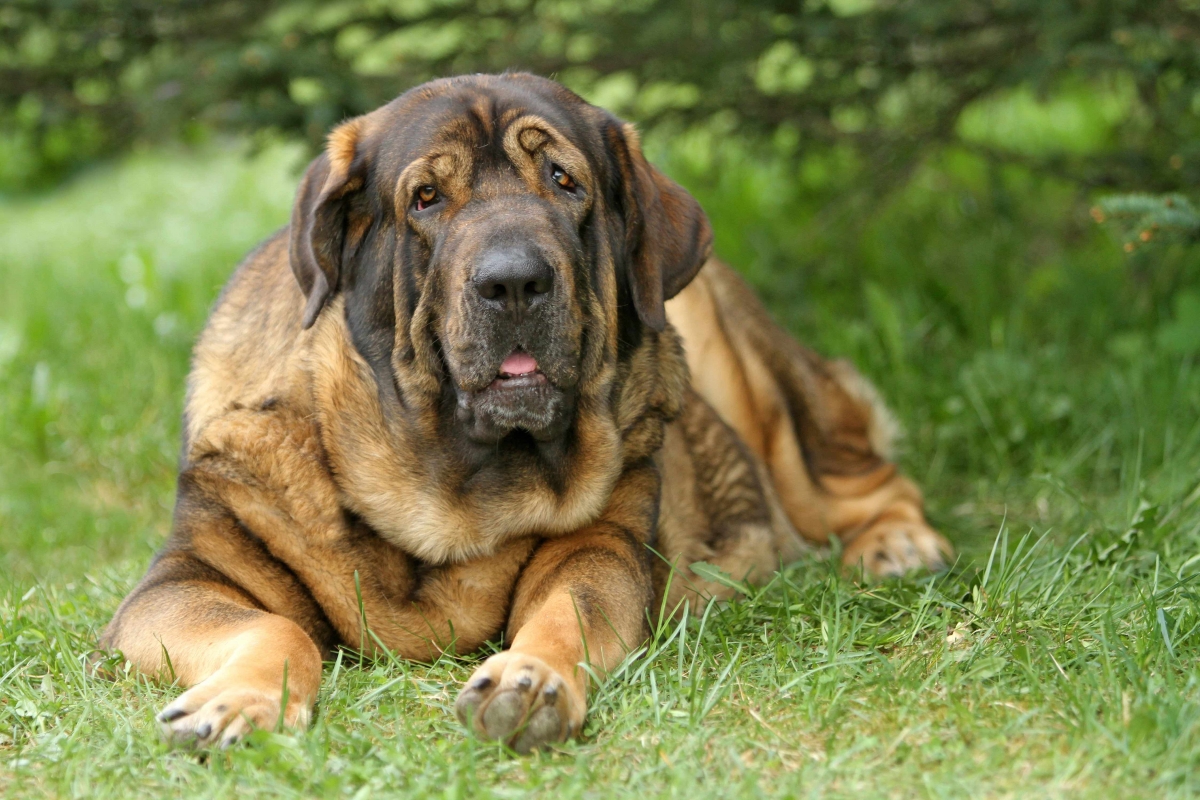 In all honesty, we simply don’t know whether there is a direct line of inheritance between this ancient root stock and a family of large, muscular guardian dogs we know today by various names, including “mastin,” “ dogge,” “ dogue” and “dogo.”   What we can say with certainty is that the spirit of the Molosser – this idea of an imposing guardian who impresses with his sheer presence – has survived the centuries. Generally speaking, Molossers are identifiable by their comparatively large size and heavy bone; short, powerful necks; massive heads with relatively foreshortened muzzles, and thick, sometimes wrinkled skin. The English Mastiff -- in the U.S. referred to as just the Mastiff -- is the progenitor of many modern Molosser breeds. Photo: Yessica Sam-Sin

The term Molosser is a very elastic one, encompassing breeds as diverse as American Pitbull Terriers, Shar-Pei and Pugs, as this family is so very wide-ranging.

But not all Molosser breeds want to be characterized by the “M word.” Newfoundlands, Leonbergers and Bulldogs, for example, are undoubtedly Molossers in terms of their body style and their ancestors, but very few fanciers consider them as such. Conversely, in terms of their phenotype, Tibetan Mastiffs and Fila Brasileiros are not as extreme as many of the “classic” Molossers, but they gladly accept the mantle. The Dogue de Bordeaux is the French Molosser.

In the end, “Molosserdom,” if you will, has more to do with how a breed community sees itself, particularly in relation to guarding function. Oftentimes, this doesn’t mean that the breed has retained an active protection purpose or even instinct, but rather more that its fanciers are willing to appreciate and acknowledge that facet of its breed history.

For the purposes of our magazine, we target our coverage to those breeds who are not only classified as Molossers, but whose breeders and owners wish them to be identified as such. The Mastiff, Bullmastiff, Dogue de Bordeaux, Neapolitan Mastiff, Tibetan Mastiff and Cane Corso are easily identified as descendants of this ancient race. And there are rarer breeds, including as the Broholmer, Mastin Espanol and Tosa Inu, that are happy to find themselves in the fold, too.

Much is still not known as to how the many Molosser breeds evolved over the course of time. But we do know that the spirit of this indefatigable guardian has survived the millennia, bringing the past to the present, and giving us our “Modern Molossers.”

Say It Once, With Feeling!

If you’ve just come across the “M word,” or never were quite sure how to pronounce it in the first place, fear not! Just click our green button below to hear how it should be pronounced. The words “Molosser,” “Molossus” or “Molossoid” all describe a type of working dogs bred to guard, protect and defend livestock and estate. And the terminology is very commonly used overseas, as the Federation Cynologique Internationale (FCI) categorizes “Molossoid” dogs in a subgroup by that name. The Dogo Canario is known in the U.S. as the Presa Canario.
Because of that, not surprisingly, the Federation Cynologique Internationale recognizes far more Molosser breeds than the American Kennel Club. But Molossers are making significant inroads in the U.S.: In the last decade, the American Kennel Club has recognized the Neapolitan Mastiff (2004), Tibetan Mastiff (2007), Dogue de Bordeaux (2008), Cane Corso (2010) and Boerboel (2015). The Dogo Argentino has been admitted to the AKC’s Miscellaneous Group, which is the final step before official recognition. And the AKC Foundation Service Stock (FSS) is peppered with an international sampling of Molossers, including the Broholmer, Perro de Presa Canario, Pyrenean Mastiff, Spanish Mastiff and the Japanese Tosa.
© Modern Molosser Magazine. This article may not be reposted, reprinted, rewritten, excerpted or otherwise duplicated in any medium without the express written permission of the publisher.
Fri, 10/16/2015 - 10:16am