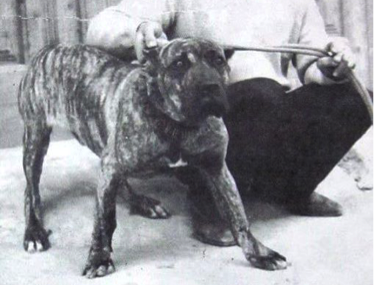 Sicily's Answer to the Cane Corso

What exactly is – or was – a Sicilian Branchiero?
By
Michael Ertaskiran

“They say that there were a few still in Sicily, but I don’t know if they found them.” – Dr. Paolo Breber, Cane Corso icon involved in the breed’s modern recovery

When I started out to write this article, I had a preconceived notion of the circumstances surrounding the first litters of Cane Corsos imported from Sicily by Michael Sottile Sr. in the late 1980s. There has been much speculation about these dogs, which Sottile called Sicilian Brachieros – essentially the Sicilian version of the Cane Corso. And that included persistent allegations that the dogs were not imports at all, but rather resulted from crossbreeding that took place on these shores.

This is an article that I have been wanting to write since I got bitten by the Cane Corso bug so many years ago. I always thought to myself, “Somebody knows the truth behind these dogs!” 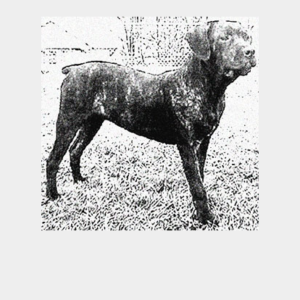 The Branchiero Siciliano was a typical cane di macellaio – literally, a butcher’s dog. A general-purpose working dog, he also helped with droving and guarding. Some argue the Branchiero – which is for all intents and purposes extinct today, with the few remaining examples regarded as too genetically diluted to be considered purebred – was simply Sicily’s answer to the more commonly known Cane Corso that evolved around Puglia.

In 1989, ENCI Judge Danilo Mainardi wrote a newspaper article about Leonardo Sciascia’s celebrated novel Occhio di Capra (“Eye of the Goat”), which centers on the culture and language of his native Racalmuto, about 90 southwest of Palermo. “Reading the word barraggieddru I had learned that, with a decree issued on 30th November 1750, Charles III had prohibited the use of Cane Corso by policemen to chase criminals,” he wrote. And then of course there is the Sicilian proverb “A cani corsi nun ci diri’ngirri,” which translates as “Don’t incite one who is already irascible.”

In Sicily, cattle dogs were referred to as “Branchiero,” while in mainland Italy they were know provincially by a variety of names: Cane Corso, Cane de Presa, Mastino Corso, Calabrien Cane Corso, U Bucciriscu, Bucciriscu Calabrese and Dogo de Puglia. 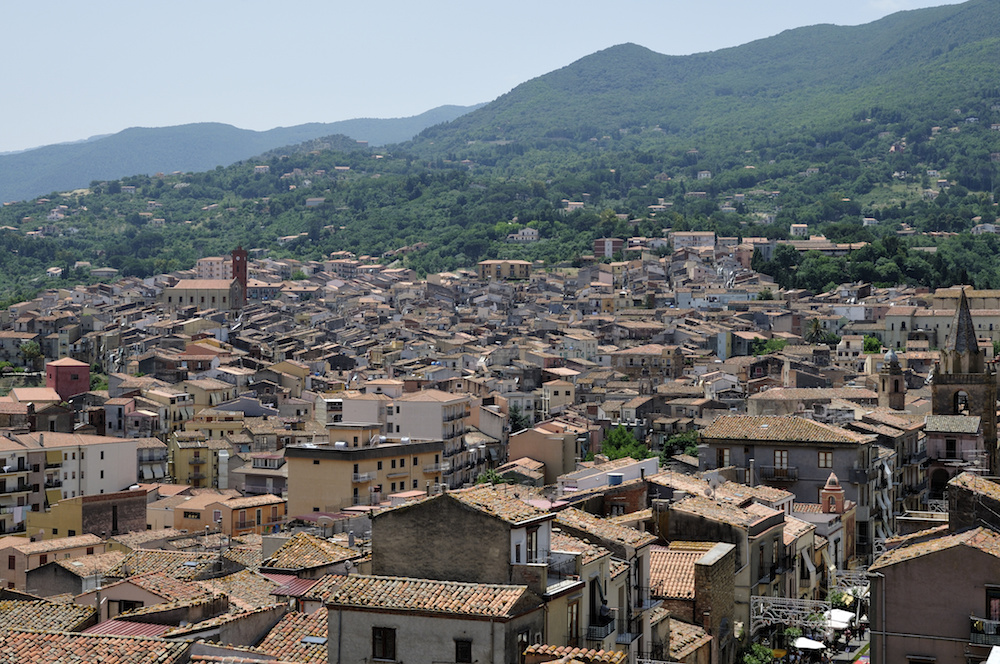 CastelBuono, the Sicilian birthplace of the Sottile family.

In his 1947 book Working Dogs of the World, Clifford L.B. Hubbard notes that Sicily’s Branchiero was rare and neglected even then.

“The Branchiero is a Sicilian native, and although one would expect to find it on the Italian mainland (even if only in the south) it is not, however, found outside of Sicily,” he wrote. “The Branchiero is a cattle dog used solely for driving cattle, and has no other work but assisting the cowherds. Its native name is Cane da Macellaio, which roughly translated would signify ‘Butchers dog.’ The breed is apparently of very old extraction and has been isolated in Sicily for very many years. In general appearance it closely resembles the German Rottweiler and, like that breed, is one of the largest of the cattle dog group.

“A noteworthy fact concerning this breed is the peculiar manner in which it leaps at the head of the herd leader, turning the leader in the required direction. This is a unique method of control, in direct contrast to the normal method of ‘heeling’ the cattle into position and compactness. The method reveals a clue towards solving its origin, in that it is probably descended from an old bull baiting breed, such as the ancient German Bullenbeisser. The breed is heavily muscled, and its structure and color strongly suggest an ancestral connection with the old bull baiting dogs of Germany and possibly some early Great Dane.”

Recently Flavio Bruno, who has dedicated himself to the preservation of several working breeds of the Meridionale, put up pictures of a number of Sicilian dogs on his Il Contado del Molise website (www.ilcontadodelmolise.eu). Michael Sottile Jr.’s reaction to these pictures was “those are the same dogs we imported, they must be related,” particularly Brigante, a famous “Cane Corso Siciliano” Champion in the early 1970s. Boldly, Sottile Jr. makes a case that these Sicilian imports were actually genetically pure, while dogs of Puglia of that time were mixed with Dogo, Neapolitan Mastiff, Great Dane and of course the dreaded Boxer. 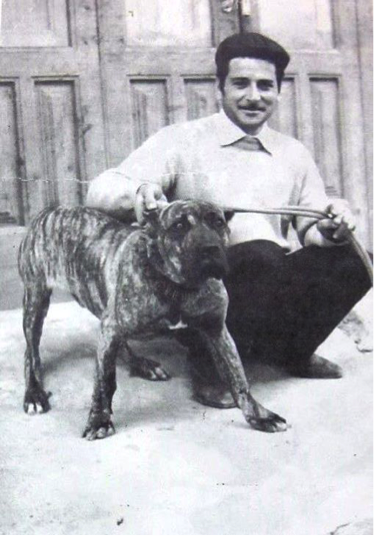 The famous “Brigante,” Sicilian Champion 1970-74. Sottile Jr. recognizes this as the type of dog his father imported from Sicily, saying, “They must be related.” Photo: G. Tumminelli

I like to say that you can’t hide what a dog is when it comes to reproduction. I believe that on both sides of the ocean there was a clear introduction of foreign blood. The American dogs were extremely inbred, so, logically, at some point outcrossed blood would need to be found. In Puglia, a slightly different scenario was unfolding as those conducting the recovery needed to fix type and procure enough numbers to enroll in the Italian studbook by 1994.

Today there are plenty of people doing Neo/Rotty/Pit crosses (the alleged formula that’s been attributed to the original Sottile dogs); the Internet is full of websites picturing these dogs. You need look no further than the newly minted Brindisi dogs of southern Italy (Cane Lottatore Brindisino), developed by criminals from crosses of Cane Corso, Rottweiler and Pit Bull. None of them look like the original Sottile imports, nor is there any consistency in reproduction.

I am going to hypothesize that there was indeed some Rottweiler and/or Neapolitan Mastiff with some possible Pit Bull blood used on subsequent generations of these imports to America, just as in Italy the Boxer, Bullmastiff, Dane and eventually Boerboel were used to fix the temperaments. It seems strange to me that in this breed, we run from its past, while other breeds acknowledge that at some point blood from other breeds was necessary to help safeguard the future. The Neapolitan Mastiff, Dogo Argentino, Fila Brasileiro, Dogo Canario and countless others all acknowledge this fact. Perhaps it’s time we do the same. 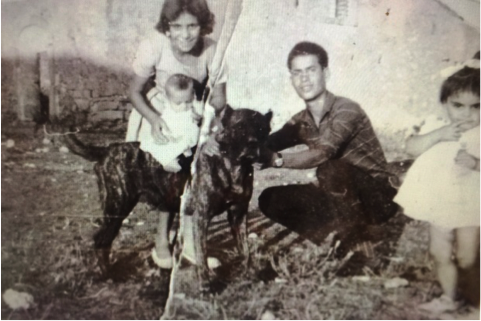 “Ebro,” Combat Champion, 1958, Sicily. Winner of more than 30 contest; these dogs were called cur siceddi, and they escorted the carters. “To me,” Ertaskiran says, “this dog is also very typical to the Sottile Sicilian imports.”

Back to Sottile’s imports: There was precious little information available on the Cane Corso-type dogs of Sicily, but there did seem to be a common thread. Whatever I read, whether it was from SACC, author Stefano Gandolfi or the works of Flavio Bruno, they all seemed to site the same source: Giovanni Tumminelli, the president of the Sicilian delegation of SACC. So I sought out Tumminelli, expecting that he would be either dead or extremely old. Neither was the case: He was a gentleman in his early 60s.   After exchanging pleasantries, I got to the point. “If I showed you a pictures of a couple of dogs, would you be able to tell me whether they would be considered typical of the breed in the 1980s in Sicily ... in particular the CastelBuono area?” I asked. Tumminelli – a man who is and has been considered an authority on the dogs in Sicily at the time of the recovery and forward – responded that he would.   I sent him pictures of some of Sottile’s dogs – Cocomo, Duro, Santino and Bruno. His response to me was “Beautiful subjects, typical for the time. Who were these dogs?”

The branchiero is a medium-sized Molosser. Widespread in the past among our cow herders, his name signifies a herding dog.

The branchiero has muscles that are lean and powerful … well-developed masseter muscles, and parallel planes.   He was held in high regard for his courage and the agility with which he faced the cattle. One of his strong points was the asset of never drooling; in this way he became close to the men who worked as milkers or in the preparation of cheese, without contaminating the milk.

But the real protectors, enthusiasts and fanciers of the breed were the carters. They always went with one or two examples under their carts, to defend themselves, their merchandise, and their cart and horse.

Length of body: Approximately 10% longer than the height at the withers

Muzzle: Approximately 4/10 of the total length of the head

Coat: Short with an abundant undercoat

© Modern Molosser Magazine. This article may not be reposted, reprinted, rewritten, excerpted or otherwise duplicated in any medium without the express written permission of the publisher.
Tue, 03/29/2016 - 12:52am